The tiger had developed physical deformities due to which it could not hunt its natural prey in the wild and was thus forced to attack humans as easy prey, an official said. 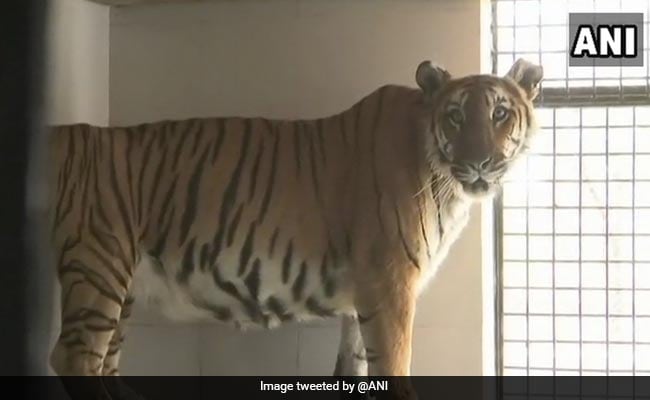 The tiger was deemed unfit to be released into the forests. (Representational)

The "errant" tiger, which had killed five people in less than 40 days and was captured three days ago, was shifted to the Nawab Wajid Ali Shah Zoo in Lucknow, an official said on Saturday.

The tiger had developed physical deformities due to which it could not hunt its natural prey in the wild and was thus forced to attack humans as easy prey, the official said, adding it was deemed unfit to be released into the forests.

"The errant tigress, which was found to be responsible for the recent human casualties in Manjhra Purab forest area, was shifted to Lucknow zoo on Friday night under the supervision of a veterinary expert," Akash Badhawan, divisional forest officer (DFO) of Katarniaghat Wildlife Sanctuary, told PTI.

"The tigress reached the zoo on Saturday morning safe and sound," he added.

It was captured from the Manjhra Purab forest area of Dudhwa buffer zone on June 29 night.

Sanjay Kumar Pathak, field director of Dudhwa Tiger Reserve, told PTI that the shifting was carried out at night as big cats are nocturnal animals.

"The captured tigress is estimated to be around nine years old and has developed physical deformities. "Her left canines were found broken and worn out, incapacitating her from hunting her natural prey species in the wild and forcing her to attack upon humans as easy prey," he said.

Mr Pathak also informed PTI that during its observation in captivity at Katarniaghat, the experts found it unfit to be released back into the forests.

The tigress had killed five people in Manjhra Purab forest area around Khairatia village in the recent past: Mahesh of Dumera village on May 21, Kamlesh of Shahpur Padhuva on May 23, local priest of Khairatia Mohan Das on June 17 night, Suraj Singh of Nayapind-Khairatia on June 23 and Mindar Kaur of Kharatia on June 27.