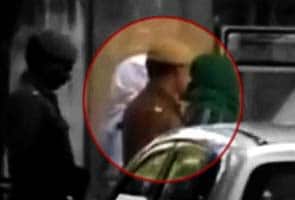 New Delhi: Three of the five men accused of gang-raping and murdering a 23-year-old woman in a moving bus in New Delhi last month will plead not guilty to all charges, said a lawyer who plans to defend them. "They will plead not guilty to all charges, nothing has been proven yet," said ML Sharma, who says he represents Mukesh Singh, his brother Ram Singh, and  Akshay Thakur.

The five men accused of the crime that stunned India were brought for the first time to a court in Delhi yesterday after the police accused them of rape, murder, destruction of evidence, abduction, and other charges. If convicted, they could face the death penalty.

The assault on the student and her death 13 days later caused ferocious grief and the seething public anger has stirred the government into announcing new measures for women's security in the capital. Criminal laws are being reviewed to consider amendments that would provide stiffer sentences for sexual offenders.

The Saket Bar Association has refused to represent the accused. When Mr Sharma volunteered in court to defend them, he was denounced by other advocates present in the court-room with some shouting their derision, describing him as a publicity-seeker. The judge then banned the media from covering the pre-trial proceedings. The next hearing is on Thursday. Mr Sharma will have to furnish documents to show the accused have accepted him as their representative. The case will be tried by a fast-track court set up specially last week to handle this and other cases of crimes against women.

Mr Sharma reportedly went to Tihar Jail in Delhi today and met with the three men who he wants to defend. He had asked the judge for permission to get their consent at court yesterday, but his request was denied.

The police has said that forensic evidence establishes the guilt of the five men.

A sixth man on the bus arrested for the crime is a juvenile and will be tried separately. He faces a maximum sentence of three years in a reform facility.

On December 16, a physiotherapy student and her boyfriend boarded a bus after watching a movie at a south Delhi mall. The six men who were already on the bus harassed the girl, hit her friend and then her when they objected, and then took turns raping the student before throwing the couple onto the road. The student was treated first at a Delhi hospital and then in Singapore. Before she died, she recorded her testimony with a judge who visited her in hospital.