The Congress workers had allegedly blackened PM Modi's image on a hoarding put up at a petrol pump in Mhow, police said. 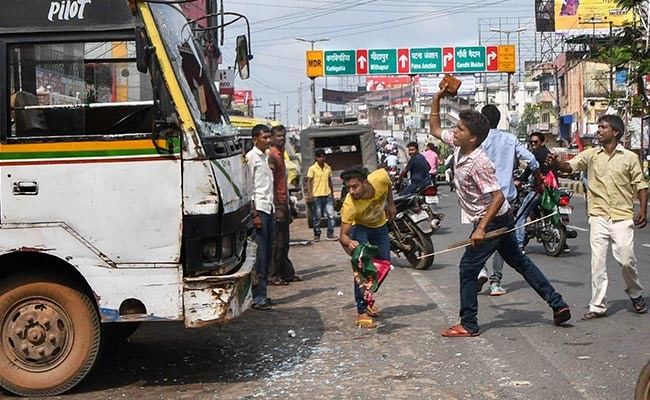 The Congress had called a nationwide 'bandh' against the rising fuel prices.

Three Congress workers were today arrested for allegedly blackening the picture of Prime Minister Narendra Modi at Mhow town in Madhya Pradesh, during the 'Bharat bandh' called by the party on Monday, police said.

The Congress workers had allegedly blackened PM Modi's image on a hoarding put up at a petrol pump in Mhow, police said.

The Congress had called a nationwide 'bandh' against the rising fuel prices.

"These Congress workers were part of the protesters, who created a ruckus at a petrol pump in RCM area of Mhow town, 25-kms from the district headquarters, during the bandh," he said.

The protesters climbed a ladder and blackened the picture of the prime minister on a hoarding at the petrol pump, Mr Singh added.

"The protesters are accused of trying to damage the property of the petrol pump owner during their attempts to forcibly shut the establishment. They also tried to hurt the dignity of the constitutional post of the prime minister," he said.

Mr Singh said the accused are booked under IPC sections 147 (rioting), 188 (disobedience to order duly promulgated by public servant) and 504 (intentional insult with intent to provoke breach of the peace).

At least five more persons are suspected to be involved in the act, he said adding that the police are trying to identify those accused by going through the CCTV footage.

Local BJP leaders had held a protest in front of the police against the incident of blackening of Prime Minister Modi's poster.