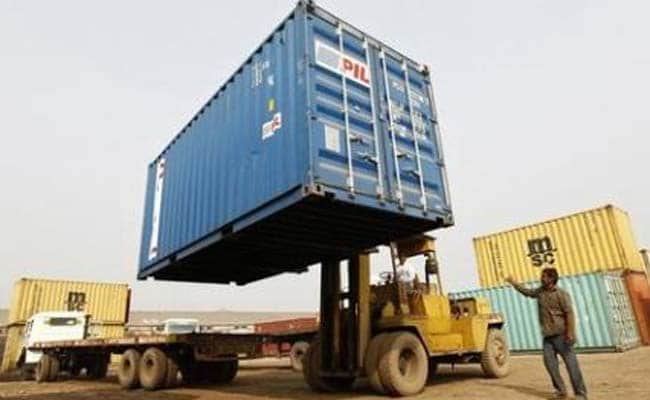 A forklift driver prepares to stack a container at a port in Kolkata. (Reuters)

New Delhi: A high alert has been sounded at the Kolkata Port, with central agencies warning of a terror threat.

Two Indian Navy warships, INS Khukri and INS Sumitra, that had docked at Kolkata for Navy week celebrations, have gone back to sea. A Defence Ministry statement said they had been "withdrawn for undisclosed operational reasons."

They had come there as part of preparations for the navy week exercise and moved out of the port for some prior operational reasons," Navy spokesman D K Sharma said.

The warships were scheduled to be anchored in Kolkata till Friday, and were to be opened to the public on Wednesday and Thursday.

Intelligence sources said after some intercepts suggested that there was a terror threat to the Kolkata port, the West Bengal government held a high-level security meeting with central agencies, the Army and the Navy and decided to sanitise the port.

Kolkata Police Commissioner Surojit Karpurakayastha said security had been stepped up in the port area and parts of the city.

Police were "acting on the basis of the central intelligence agencies' alert," he said.

The Coast Guard and other agencies have been alerted.

"We have received a fax on Tuesday afternoon from central intelligence agencies warning of the possibility of a terror attack in Kolkata, especially in the port area," senior Coast Guard official B N Mahato said.

"We have deployed hovercraft to intensify (a) night-long vigil in the Bay of Bengal," he added.

Promoted
Listen to the latest songs, only on JioSaavn.com
Though the alert is for the Kolkata Port, the dock complex in Haldia has been put on alert.