The landslide struck the 270-km highway, the only all-weather road linking Kashmir with the rest of the country, at Romepadi around 11 am. 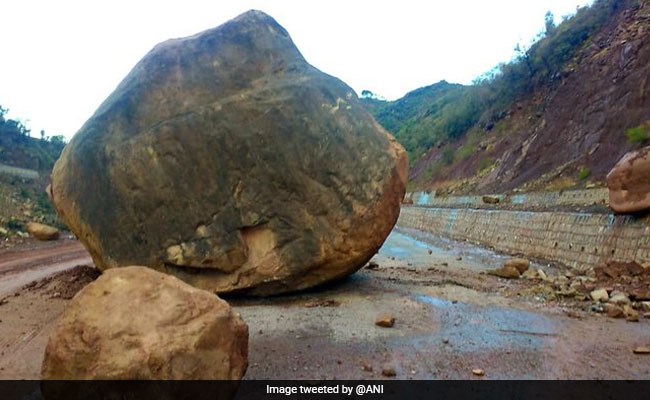 Traffic has been stopped on both sides of the highway, officials said. (Representational)

The landslide struck the 270-km highway, the only all-weather road linking Kashmir with the rest of the country, at Romepadi around 11 am during the ongoing work on a four-laning project, they said.

A road clearance operation has been launched by the concerned agencies.

Deputy Superintendent of Police, Traffic (National Highway), Asgar Malik said, "Big boulders rolled down from a hillock and completely blocked the highway. At least four hours are required to clear the debris for the restoration of traffic on the highway," he said.

The traffic has been halted on both sides of the highway, he said.

According to the officials, the road clearance agencies have to work very cautiously to ensure that no damage is done to a bridge providing connectivity to an under-construction railway tunnel.