"Those On Bail, Will Go To Jail": PM's Veiled Attack On The Gandhi Family

PM Modi said that the corrupt did not fathom that a tea seller would ever muster the courage to challenge a family which governed the nation for four generations. 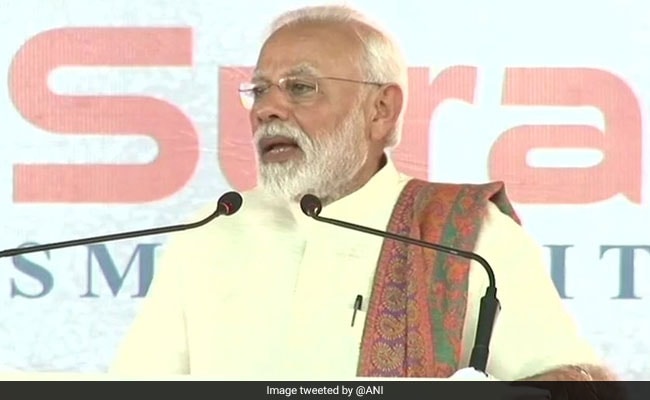 Mounting attack on the Gandhi family, Prime Minister Narendra Modi on Wednesday said that they those who are on "bail will have to go to jail."

The Prime Minister in a veiled reference to Congress president Rahul Gandhi said, "You know that he (Rahul Gandhi) is out on bail and his associates too are facing charges. I know that they will be convicted one day and they will have to go to jail. Those who have looted the nation will have to return everything, " said Prime Minister Modi while answering a question about his fight against corruption.

The Prime Minister was addressing the India Youth Conclave programme.

Taking potshots at the Gandhi family, the Prime Minister said that the corrupt did not fathom that a tea seller would ever muster the courage to challenge a family which governed the nation for four generations.

"Nobody had ever thought that a tea seller would challenge a family which has been governing the nation for the past four generations. The corrupt will face conviction," he said.

Further talking about bringing back fugitive economic offenders, Prime Minister Modi said, "People were looting the nation and went absconding. Now we have made laws. Now the corrupt are in trouble."

Talking about demonetization as an effort to curb corruption, he said: "Nobody thought that anybody would fight against corruption. After demonetization, we closed three lakh defaulting companies."