This Village In J&K Has India's Biggest International Yoga Centre

The Centre in Mantalai and the Katra tourism, both are likely to boost the economic prospects of the state and reignite the passion for a spiritual rise. 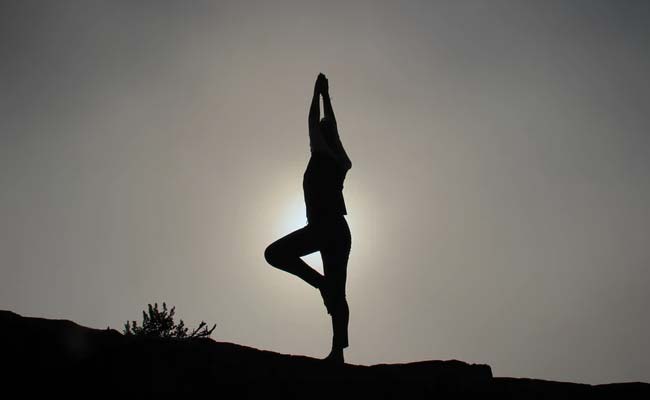 The International Yoga Centre is located at the banks of the Tawi river. (Representational image)

India's biggest Yoga Centre has been constructed in village Mantalai in the Chenani Tehsil of Jammu and Kashmir's Udhampur.

The village, which is located on the Himalayas in the sal forests' lap, the village, which has a peripheral view of both the plains as well as hills, which will serve the International Yoga Centre at the banks of the Tawi river.

This river, also known as Suryaputri, originates from the Kailash Kund glacier. It is believed that the river's presence relieves the person from life's maladies and Chenani town gives positivity, besides releasing energy that heals.

As the Tourism Ministry in the Government of India has sanctioned Rs 9,782 crore for this, the International Yoga Centre has been given a modern outlook with swimming pools, business convention centres, helipads, spas, cafeteria and dining halls, cottage-designed eco-lodge huts with solarium, gymnasium auditoriums, battery operated cars, meditation enclaves and a lot more. Notably, 90 per cent of the Centre's construction has already been completed so far.

As many as Rs 52 crore have also been nominated for the infrastructural and other development of the Katra-Vaishno Devi under the scheme of the Pilgrimage Rejuvenation And Spiritual, Heritage Augmentation Drive (PRASHAD).

The Centre in Mantalai and the Katra tourism, both are likely to boost the economic prospects of the state and reignite the passion for a spiritual rise.

The Ministery of Ayush is also working on a series of projects to promote the world's holistic oldest healthcare system in the Union Territory with the scheme-- one, medicinal plant conversation in the forests, and the development of herbal gardens at home for promoting the use of herbs in daily life.

The region at a high altitude also creates the right conditions for growing the world's rarest kinds of herbs.

For popularizing the value of the aforesaid projects, the Directorate of School Education Kashmir has set up 100 herbal gardens at the Government of India-sponsored schools and the ones recommended by the Jammu and Kashmir Medicinal Plants Board. A Rs 100 crore project with the name 'The Institute of High Altitude Medicinal Plants' is also being established at Bhaderwah in the Doda district, stressing the children's need to learn the natural ways of living to prevent the early onset of various diseases.

The Indian government is also building an Ayurvedic Medical College at Jammu's Akhnoor with a budget of Rs 16.19 crore, a government Unani Medical College and Hospital at Ganderbal Kashmir worth Rs 32.50 crore, and 50-bedded integrated AYUSH hospitals in Kupwara, Kulgam, Kishtwar, Kathua, and Samba.

All these projects aim at publicising the Union Territory as a Medical Tourism destination with the upcoming six specialized Ayush wellness centres at Katra, Patnitop, and Mansar areas of Jammu, and Pahalgam, Gulmarg, and Sonmarg areas of Kashmir. J-K holds special value to embrace spiritual tourism in the country as Jammu is the city of temples while Kashmir is locally known as Rish-ver, the abode of saints (Rishi).

Further, to upgrade the 370 Ayush Dispensaries and Ayush Health and Wellness Centres (AHWC) Rs 16.3 crore were allocated to the UT in November, as they provide consultation on Ayurveda, Homeopathy, Yoga, Unani and Siddha practices.

As per the reports, impressed by the achievements and spade works performed by the Directorate of Ayush in J-K in the last three years, the Indian government under the National Ayush Mission increased the approved funds from Rs 15 crore in 2021-22 to Rs 72 crore in 2022-23.

The Centre's vision for the J-K is to establish a holistic wellness model and to provide informed choices on ancient traditional Indian medicine to the public. They also want the youth of J&K to recognize the value of their land.