Since 2016, Police Officer Mahesh Bhagwat has mentored over 1250 all-India service aspirants who have succeeded in the UPSC exams

The Indian Forest Service 2021 exam results are just out and Mahesh Bhagwat's phone hasn't stopped ringing and beeping. The 1995 batch IPS officer had mentored 108 students and over 50 per cent have made it. What is more, at least 10 in the top 20 are on the merit list. Call after call, as Mr Bhagwat congratulates the successful candidates, he has one message for all of them. To each selected candidate, from every part of the country, Raipur to Manipur, Rajasthan to Uttar Pradesh, he requests them to serve the people well and also to mentor others who are still struggling to succeed in the competitive exams. 'Give back to society,' says the mentor to all of them.

Since 2016, Mahesh Bhagwat has been the commissioner of Rachakonda, area-wise the biggest commissionerate in the country, spread over 5000 square kilometers and four districts, with large urban and rural segments. 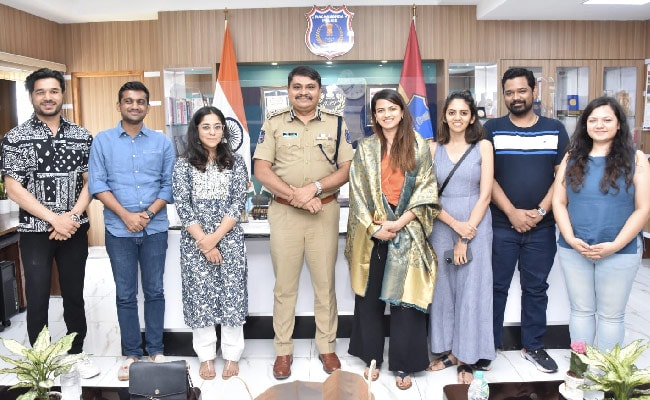 Since 2016, Mahesh Bhagwat, commissioner of Rachakonda, has mentored more than 1250 all-India service aspirants

During these six years, he has mentored more than 1250 all-India service aspirants who have succeeded in the Union Public Service Commission exams, to join the all-India IAS, IPS, Indian Forest Service as well as other Central services like the Indian Foreign Service.

Dr Kiranmayi Koppisetti, IAS probationer who got All India Rank 56 in the UPSC exams says the fact that he took out time is the most precious gift he gave all of them.

If someone is giving time, that is the most precious thing they have given. Mahesh Bhagwat formed a Whatsapp group and would post articles every single day. Even if I couldn't read newspapers, what he posted kept me updated.

"Sir also gave us 45 minutes to one hour on phone before the interview. I spoke to him for one hour 15 minutes on phone. He suggested what all areas i should go thoroughly prepared for the interview and that has definitely helped me in answering in the final interview.'' 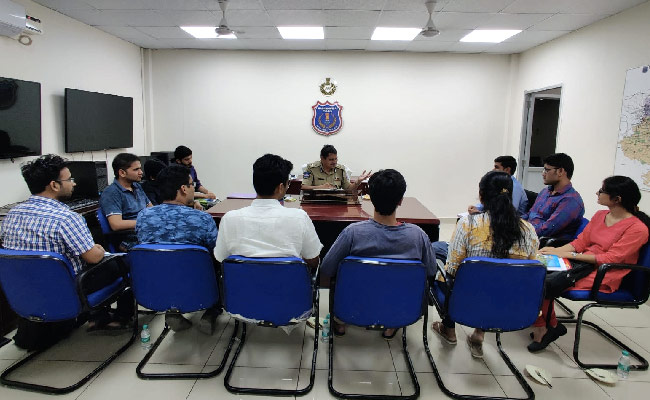 IPS probationer K. Rahul Reddy says his father points out that it is so amazing that the commissioner of police, of the commissionerate where they live, is giving one to two hours to an aspirant who has not even cleared the exam.

I am privileged to be in contact with him and also gain all the knowledge that he has provided. In addition, the kind of work he does. That is inspiring. Even for the DAFT that is Detailed Application Form. What sir does is he takes up a DAFT and takes out each word and gives us 50-60 questions on that single word. So we get prepared before hand, before going to interview and then it is smooth journey because we have already discussed and deliberated with a working bureuacrat who has a lot of field experience. So we know what to expect and what they expect from us.

Mohd Abdul Rawoof, who has just made it to the Indian Forest Service, with merit rank 30, has come along with his parents to thank his mentor.

Personally, Sir has been taking out time out of his busy schedule to talk to aspirants or phone or Whatsapp. Even when he is in the US, he called people who were having interview that week. He takes time out for everyone, looking at their personal strengths and areas to improve, almost customised approach.

"Professionally, he has an organised group in which he shares different study material, different examples of people who work in field, he invites his batchmates, seniors and juniors to give talk and guidance, on how different projects are working and so on."

Mr Bhagwat who has won multiple awards for his focus on social issues like human trafficking, child labour and child marriages, says he got help from mentors when he was struggling, so he is doing his bit now.

My source of satisfaction is the success of the candidates. I have seen candidates coming from humble and challenging background, they are preparing for years together, and when they get desired success, IAS, police service IPS, IFS, the kind of satisfaction I am getting through their smiling faces is unimaginable.'

New Post For Kashmir's Shah Faesal, Back To Civil Service After Politics