It also got 89 Police Medals for Gallantry (PMG) making the highest tally of these citations for it during any Independence Day. 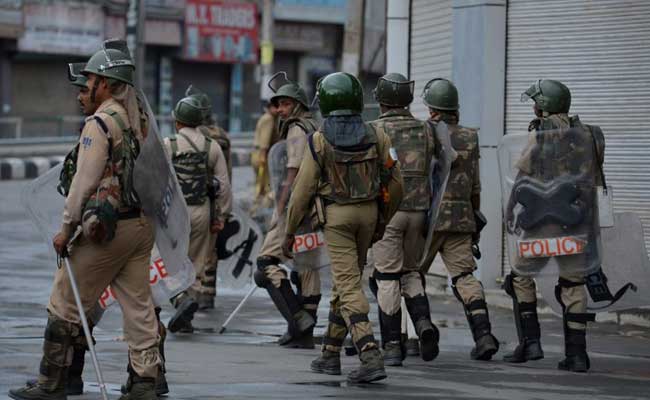 CRPF had deployed close to 65 battalions in Jammu and Kashmir for counter-terrorism operations.

Daredevilry in counter-terrorism operations in the Kashmir Valley, including the Lethpora and Sumbal camp attacks, earns the CRPF the highest number of gallantry medals -- 96 -- this Independence Day, including five Shaurya Chakras, the third highest peacetime bravery award.

Head constable A S Krishna, constables K Dinesh Raja and Prafulla Kumar of the 45th battalion of the force were decorated with the Shaurya Chakra for their gallant act of thwarting a suicide attack on their camp in Sumbal in Jammu and Kashmir's Bandipora district on June 5 last year.

As the troops were alert and prepared, the Central Reserve Police Force (CRPF) team eliminated the four terrorists and finished the operation in quick 45 minutes, the citation for the operation read.

Deputy Commandant K S Chahar and constable D Ravindra Baban (posthumously) of the 182nd battalion of the force won the military medal (Shaurya Chakra) for their brave act of thwarting a similar attack by three militants on the district police line camp in Pulwama on August 26 last year.

The encounter had gone on for 20 hours.

"Head constable Baban laid down his life for the cause of the nation in the treacherous gunfire," the citation said.

The country's largest paramilitary force, with over three lakh personnel in its ranks, got the highest of these bravery medals and only its personnel were chosen amongst all the forces for the top notch President's Police Medal for Gallantry (PPMG).

It also got 89 Police Medals for Gallantry (PMG) making the highest tally of these citations for it during any Independence Day.

While Constable Sharief-ud-din Ganaie and Head Constable Mohd Tafail got the PPMG posthumously for displaying raw grit and courage during the December 30 last year suicide attack on their camp in Lethpora (Awantipora district), eight of their colleagues were decorated with the PMG for the same operation.

The midnight attack on the 131-acre camp, that had inadequate perimeter security owning to ongoing construction, went on for over 36 hours during which five men of the paramilitary force were killed.

"Operation Lethpora was one of the most daunting and challenging operations and it was replete with numerous challenges, including logistical constraints, the enormous and knotty terrain, including rescue of scores of trapped force personnel in the buildings and overcoming of the initial casualities," the citation said.

Three terrorists were killed at the end of the violent siege and a lethal cache of weapons and ammunition was recovered from them.

While Ganaie, who was one of the sentries of the camp, and Tafail lost their lives in the line of duty, Deputy Inspector General (DIG) A S Negi, assistant commandants Naresh Kumar and L Ibomcha Singh, Assistant sub-inspector Uttam Raj and constables S Prakash, Jitendra Kumar, Budhi Singh and Zulfiqar Ahmed were also awarded for rendering their duty with courage.

The CRPF had deployed close to 65 battalions in Jammu and Kashmir for counter-terrorism and law and order assistance duties. Each of its battalion had about 1,000 personnel.

A total of 177 PMsG were awarded this time to various state police and central paramilitary forces, a government release said.

The CRPF was followed by the Jammu and Kashmir Police that was accorded 37 PMsG, Odisha Police (11), Border Security Force (10), Maharashtra Police (8), Chhattisgarh Police (6) among others.

A total of 942 state police and paramilitary personnel were decorated with various service medals on the eve of the 72nd Independence Day.