Third Round Of Talks For Kartarpur Corridor Between India, Pak Begins

Kartarpur corridor will connect Darbar Sahib in Kartarpur with Dera Baba Nanak shrine in Gurdaspur district of Punjab and facilitate visa-free movement of Indian pilgrims, who will have to just obtain a permit to visit Kartarpur Sahib, established in 1522 by Sikh faith founder Guru Nanak Dev. 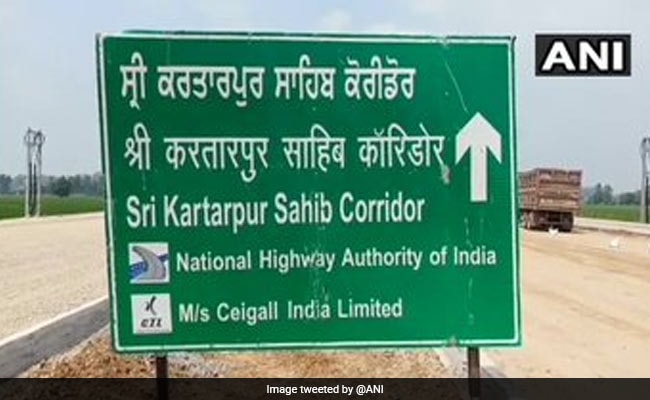 The third round of talks between delegates of India and Pakistan to discuss and finalise the draft agreement for the operationalistaion of the Kartarpur corridor for Sikh pilgrims is being held today in Attari in Punjab, officials said.

A 20-member Pakistani delegation crossed over to India for the joint secretary-level meeting at Attari in Amritsar, they said.

The corridor will connect Darbar Sahib in Kartarpur with Dera Baba Nanak shrine in Gurdaspur district of Punjab and facilitate visa-free movement of Indian pilgrims, who will have to just obtain a permit to visit Kartarpur Sahib, which was established in 1522 by Sikh faith founder Guru Nanak Dev.

Talking to reporters before crossing into India at Attari-Wagah border to take part in the talks, Pakistan Foreign Office spokesperson and Director General of South Asia and SAARC Mohammad Faisal, said Pakistan is positive about the outcome of the third round of talks on the corridor.

"We are hopeful to give a final shape to the draft agreement of Kartarpur corridor in today's talks with India. Some 90 per cent work on the project has been completed and Pakistan is committed to opening the corridor in November," Mr Faisal, who is leading the Pakistan delegation, said.

In the last joint secretary-level meeting held in July at Wagah in Pakistan, it was agreed that 5,000 pilgrims per day will be allowed to visit Kartarpur Sahib Gurdwara in Pakistan.
On August 30, the meeting between technical experts of India and Pakistan had taken place.

The corridor will be the first visa-free corridor between the two neighbours since Independence.

Pakistan is building the corridor from the Indian border to Gurdwara Darbar Sahib, the final resting place of Guru Nanak Dev, while the other part from Dera Baba Nanak up to the border will be constructed by India.

In a major initiative last November, both India and Pakistan had agreed to set up the Kartarpur corridor.

Kartarpur Sahib is located in Pakistan's Narowal district across the Ravi River, about four kilometres from the Dera Baba Nanak shrine.

The four-lane highway connecting the Zero Point of the Kartarpur Corridor up to National Highway-354 is being constructed by the National Highways Authority of India (NHAI).

The corridor will be opened in November to mark the 550th birth anniversary of Guru Nanak Dev.

Two days later, Pakistan Prime Minister Imran Khan had laid the foundation stone of the corridor in Narowal, around 125 km from Lahore.