"All ministers are going to resign. Some of them are involved with other work but they may come," said the Congress lawmaker DK Suresh. 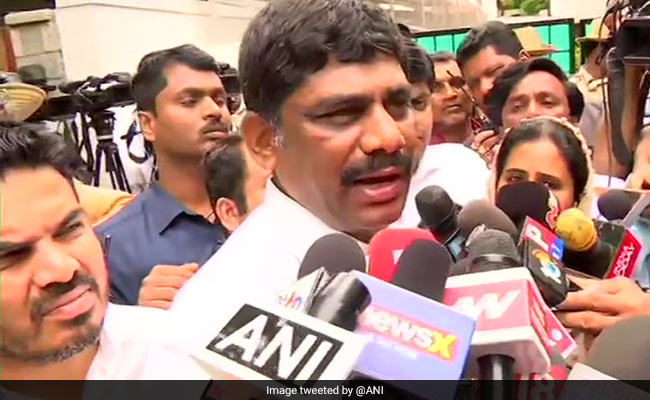 BJP is behind the political crisis in Karnataka, alleges Congress lawmaker DK Suresh

Karnataka minister D K Suresh today alleged that BJP was behind the political crisis in the state.

"All ministers are going to resign. Some of them are involved with other work but they may come," said the Congress lawmaker DK Suresh.

DK Suresh alleged that BJP's national leaders were behind the political crisis in Karnataka. "They do not want any government or any opposition party to rule in any state. They are destroying democracy."

"The special flight in which the Congress lawmakers have gone to Mumbai belongs to some BJP lawmaker. Why the lawmakers are staying in Mumbai? They can stay here if they are so confident. They have been given police protection by Mumbai police. This means Mumbai government is involved in this operation lotus of the BJP," DK Suresh said.

"I was called by our president HD Deve Gowda. Our government will remain safe and I have discussed things with him," JDS Karnataka minister MC Managuli said.

In another blow to the Congress-Janata Dal Secular coalition, Karnataka minister and Independent legislator H Nagesh resigned from the state cabinet and offered support to the BJP.