The Delhi chief minister said the central government should fight unemployment and inflation at a time when the common people are battling with price rise and crores of youth are unemployed in the country. 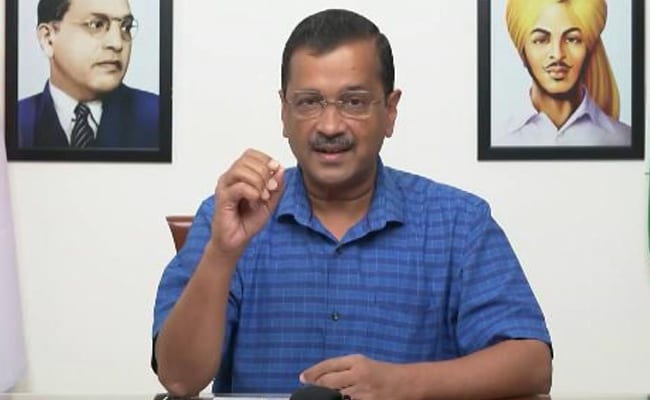 Delhi Chief Minister Arvind Kejriwal on Sunday claimed that a large number of people are joining Aam Aadmi Party as there is a lot of anger among them over the CBI action against his deputy Manish Sisodia.

He said the BJP-led Centre is fighting with all the state governments and starts "the CBI-ED game" every morning at a time it should have been working with them to address the issue of unemployment and inflation.

"There is a lot of anger among the people across the country regarding the raid on Manish ji. A large number of people are joining the Aam Aadmi Party," Kejriwal said in a tweet in Hindi.

In another tweet, the Delhi chief minister said the central government along with all the state governments should fight unemployment and inflation at a time when the common people are battling with price rise and crores of youth are unemployed in the country.

"Instead, they (Centre) are fighting with the whole country. Every morning, they (Centre) wake up and start the CBI-ED game," he said, asking, "How will such a country progress?" Kejriwal's assertion about the public sentiments over CBI action against Sisodia came after the deputy chief minister claim that the probe agency had issued a Look Out Circular (LOC) against him while hitting out at Prime Minister Narendra Modi, asking him "what is this drama?"

"All of your raids failed, nothing found, could not find any financial bungling. Now you have issued a look out notice (as if) Manish Sisodia is not available. What is this drama, Modi ji?" Sisodia tweeted in Hindi.

"I am roaming freely in Delhi, tell me where to come? can't you find me?" he added.

CBI officials, however, said the probe agency has not issued any LOC "as of now" against Sisodia or any other person accused in the Delhi excise policy "scam" case. They said the process of scrutinising documents is going on and notices are being issued to suspects for questioning.

The AAP, however, did not accept the CBI official's clarification and stepped up attack on the prime minister, alleging that his government did issue the LOC against Sisodia and shared the news about it with media outlets as the CBI could not find anything incriminating against the deputy chief minister during its 15-hour-long raid at his residence and 30 other locations on Friday.

The Central Bureau of Investigation's (CBI) action against Sisodia and the arrest of minister Satyendar Jain by the Enforcement Directorate (ED) will also figure prominently in the AAP's nationwide campaigns to counter the BJP, according to the party sources.

They said the AAP has planned to roll out a series of campaigns to rally support for Kejriwal's call for making India number one country, with an eye on 2024 Lok Sabha elections.

The CBI action against Sisodia and Jain's arrest will figure prominently in these campaigns to counter the BJP in the upcoming assembly elections in the BJP-ruled Gujarat and Himachal Pradesh where the party is gearing up to contest all seats.

"The CBI action against Sisodia has turned the public sentiment in our favour and we will go big with this issue during our campaigns because he has a very clean image," party sources told PTI.

"Kejriwal was scheduled to go on a two-day visit to Gujarat on Monday but we had to rework the programme to send Sisodia with him because our state unit asked for it citing public demand," they added.

The CBI has named Sisodia as an accused in an FIR registered in connection with alleged irregularities in the implementation of the Delhi government's Excise Policy 2021-22. Jain is behind the bars on charges of alleged money laundering.