There Was No Rafale Deal Under UPA: Defence Ministry Sources

Defence ministry sources claimed said that the then defence minister A K Antony felt there was something wrong in the process and asked for a review. 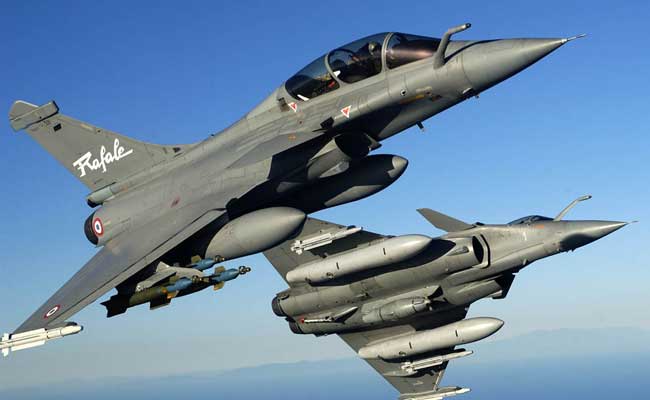 The UPA government floated a tender in 2007 for purchase of 126 MMRCA for the Air Force. (File)

New Delhi: The original deal to procure 126 fighter jets could not go through during the UPA rule despite reaching the final stage as the then defence minister A K Antony felt there was something wrong in the process and asked for a review, defence ministry sources claimed.

The sources talked about Mr Antony's intervention while asserting that there was no deal arrived at during the UPA regime to procure 126 medium multi-role combat aircraft (MMRCA).

The Congress has been ramping up attack on the government over the Rafale issue, claiming that the deal negotiated under its rule was much cheaper than the contract signed by the PM Modi government to procure 36 Rafale fighter jets from France at a cost of Rs 58,000 crore.

The sources said Mr Antony's apprehensions may have been genuine and he may have had bona fide reasons for such an intervention. The price negotiating committee was at that time examining the deal after initially getting approval for it from the then defence minister.

The sources also said that the Eurofighter Typhoon had offered to bring down their prices by 25 per cent after Rafale was declared L1 vendor.

"Such a proposal after declaring the winning bidder was not at all acceptable as per laid down procedure. You cannot do that," said a source.

Alleging a "scam", the opposition Congress has been asking the government whether the per aircraft price of Rafale, according to international bids opened on December 12, 2012, comes to USD 80.95 million (Rs 526.1 crore) as against the PM Modi government's per aircraft negotiated price of USD 241.66 Million (Rs 1,570.8 crore) as per current exchange rates.

The UPA government floated a tender in 2007 for purchase of 126 MMRCA for the Air Force and, post negotiations, two of them--Rafale and Eurofighter Typhoon -- remained in the reckoning.

However, the deal could not be finalised by the UPA regime.

Asked why NDA government did not go for Eurofighter Typhoon as it had offered a 25 per cent price cut, the sources said several European countries were involved in manufacturing of Eurofighter and France was preferred for the inter- governmental deal.

The Congress had also claimed that Qatar had purchased 12 Rafale fighter jets in November 2017 for USD 108.33 million per aircraft (Rs 694.80 crore), noting that the per aircraft rate at which the Gulf nation is buying the jet is much lower than the rate at which India will procure them.

The sources said the rates cannot be compared as price depended on the weapons package.

In a detailed statement, the defence ministry had on Wednesday termed as "unfounded" allegations made by the Congress about the Rs 58,000-crore deal, asserting that the demand to disclose details such as its value was "unrealistic" as doing so might compromise India's national security.

Promoted
Listen to the latest songs, only on JioSaavn.com
It had said giving an item-wise cost and other information would reveal details about weapons systems and customisation of the jet.

The ministry had said that in 2012, the then defence minister exercised an unprecedented personal veto on the laid down institutional process then underway for the procurement of 126 jets.