"There Should Be Some Criteria": Uddhav Thackeray On Appointing Governors 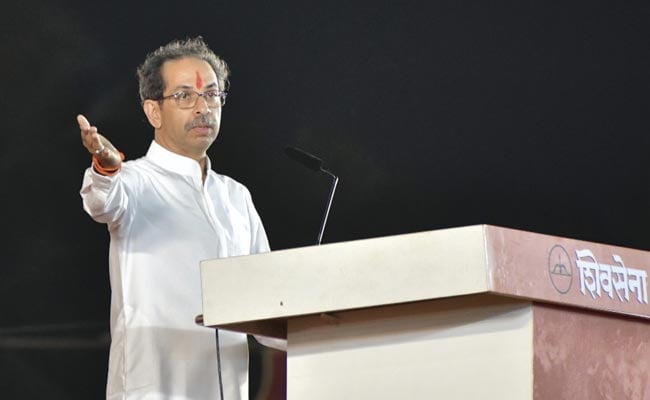 We will announce a programme in the coming days, he said.

Shiv Sena (Uddhav Balasaheb Thackeray) chief Uddhav Thackeray today said some criteria must be fixed for the selection of persons for the post of state governors.

A state minister compared Eknath Shinde's "betrayal" (rebellion in June that brought down the MVA government) to the warrior king's escape from Agra and "such people continue to remain in office", he added.

"A governor is the representative of the President of India and there should be some criteria on who can be appointed to such a post. I demand such rules be framed," the former chief minister said.

Reiterating his appeal to people and citizens to join hands against those insulting the state and its icons, Thackeray said, "We will announce a programme in the coming days. We don't want to just limit ourselves to a Maharashtra bandh (shutdown)."

Speaking on the border row between Maharashtra and Karnataka, Mr Thackeray said Chief Minister Eknath Shinde was mum on the statement of his counterpart Basavaraj Bommai that ministers from here were not welcome to Belgaum there.

Bommai on Friday took exception to the proposed visit of Maharashtra ministers Chandrakant Patil and Shambhuraj Desai to Belagavi next week, saying the visit was not good.

"Shinde and his MLAs should have gone to Guwahati (Assam) to pray to Kamakhya Devi to get Belgaum and other Marathi-speaking areas of Karnataka into Maharashtra," Mr Thackeray said.

Slamming the Eknath Shinde-Devendra Fadnavis government over the construction of the metro rail carshed in Mumbai's Aarey Colony, he said the facility could have come up in Kanjurmarg.

"But the attitude of the state government is to protect its ego at the cost of environmental damage," he claimed.

Mr Thackeray also said his party had not split but was growing strong with each passing day.