"There Is No Danger To Indian Muslims": Minorities Panel Chief

The opposition and a few Muslim organisations are opposing the Act, saying it involves discrimination on religious grounds. 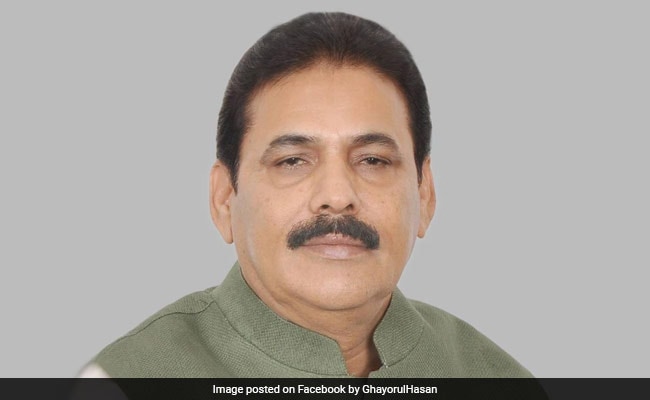 Amid heated debate on the Citizenship (Amendment) Act, Chairman of National Commission for Minorities Syed Ghayorul Hasan Rizvi has asserted that the legislation is not against minorities and Indian Muslims need not fear as they are neither intruders nor refugees.

"This legislation is not against minorities. Even Parsis, Christians, Sikhs, Jains and Buddhists are minorities," Syed Ghayorul Hasan Rizvi told PTI on Saturday. "Some people are also saying that the Act is anti-Muslim but it is not true as there is no mention of Indian Muslims in it," the NCM chairman said.

He said Indian Muslims need not fear the Act as they have nothing to do with the Muslims of Pakistan, Bangladesh, and Afghanistan.

"There is no danger to Indian Muslims," Syed Ghayorul Hasan Rizvi said.

"Indian Muslims are neither intruders nor refugees. An Indian Muslim is a respected citizen and the question of sending him out of this country does not arise. The home minister has also said the same," Syed Ghayorul Hasan Rizvi said.

He also said, "It will be expected from the Union government to ensure that Indian Muslims do not face any problem due to NRC."

Under the Act, members of Hindu, Sikh, Buddhist, Jain, Parsi and Christian communities who have come from Pakistan, Bangladesh and Afghanistan till December 31, 2014, and facing religious persecution there will not be treated as illegal immigrants but given Indian citizenship.

The opposition and a few Muslim organisations are opposing the Act, saying it involves discrimination on religious grounds.