Political sparring as broken out since the trailer of "The Accidental Prime Minister" was launched. 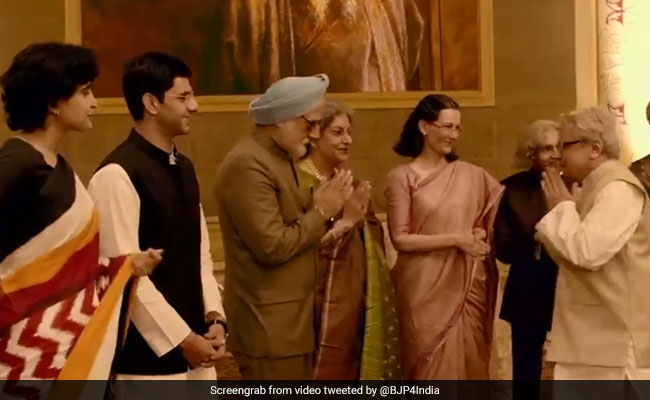 The ruling Congress in Madhya Pradesh has denied banning "The Accidental Prime Minister," a biopic on former prime minister Manmohan Singh, which many believe gives a dim view of the Congress led by the Gandhis.

As one leader called for a ban and even wrote to the filmmakers, the Madhya Pradesh Congress spokesperson said there was no ban or any demand for it either.

"The film is so lowdown that we don't even want to discuss it. We don't want to give any unnecessary publicity to this film by protesting against it," said Congress' media in-charge Narendra Saluja.

The clarifications followed a Congress leader aggressively declaring that the film would not be allowed in Madhya Pradesh, which recently witnessed a regime change after 15 years with the Congress taking over from the BJP. Kamal Nath took over as chief minister of the new Congress government last week.

"I have written a letter to the director, we strongly object to the name and what was shown in the trailer. We want to see the film before it is released or else, we won't allow its screening in the state," said Syed Zafar of the Madhya Pradesh Congress.

"Manmohan Singh is an intellectual leader. Using words like "accidental" prime minister is very wrong and we will not allow such a film," he warned.

Political sparring as broken out since the trailer of the Anupam Kher starrer was launched yesterday. The film shows Manmohan Singh dealing with pressures from the Congress leadership - Sonia Gandhi and Rahul Gandhi - and even offering to resign.

The BJP tweeted the trailer and also called it a "riveting tale".

The Congress has accused the BJP of trying to capitalize on the film at a time the country is preparing for the national election due by May. In Maharashtra, a Congress youth leader has written to the makers of the film that there should be a special screening in which the party can assess accuracy and whether the attempt is to target the Congress in the election season. He has now withdrawn that demand, saying it is evident that it is a BJP propaganda movie.