Thanks, But No Thanks. Military Won't Accept Karan Johar's Donation, Sources Say 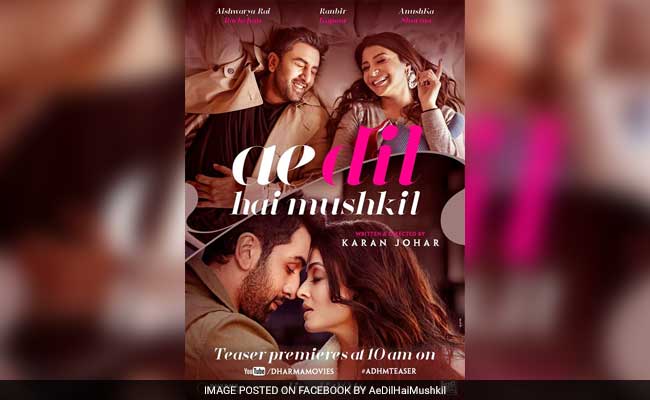 Donation by makers of 'Ae Dil...' to army will not be accepted, say defence ministry sources

New Delhi: Filmmaker Karan Johar's donation of Rs 5 crore to the military welfare fund, described as "penance" by Maharashtra politician Raj Thackeray for the use of a Pakistani actor in his movie "Ae Dil Hai Mushkil", will not be accepted, sources in the Defence Ministry said today.

The ministry is working on new rules that will ban "coerced donations". Officials say such a contribution is against the very spirit of the gesture.

"We face an unprecedented situation because such a situation  was never envisaged when the Battle Casualty Welfare fund was set up," an official said on Monday.

Donations to this fund are allowed through banking channels and not from any foreign source.

"On the larger issue of unwanted money being donated, several options are being discussed," the official said.

A donation for the army was pitched as atonement for working with Pakistani artistes, by politician Raj Thackeray, whose MNS or Maharashtra Navnirman Sena was among the groups that had threatened to block the release of "Ae Dil Hai Mushkil" as it stars Pakistani actor Fawad Khan.

A section of politicians and filmmakers believe that Pakistani artistes should be banned to respect public sentiment after last month's Uri attack, in which 19 Indian soldiers were killed by terrorists from Pakistan.

Promoted
Listen to the latest songs, only on JioSaavn.com
Shah Rukh Khan starrers Raees and Dear Zindagi are also required to pay the "penalty", he said.

Retired army personnel have disapproved of the move, saying that the sacrifices of the armed forces shouldn't be politicised.