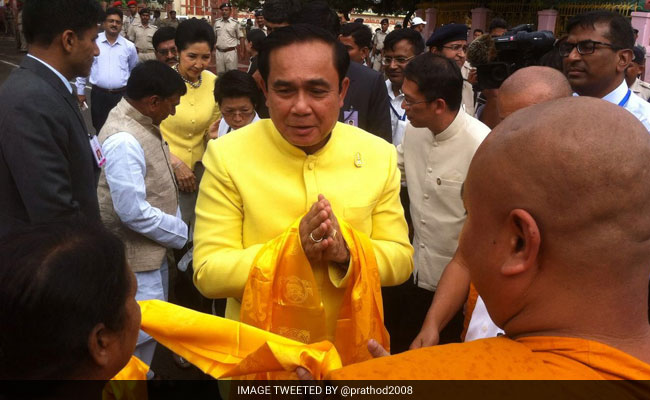 A district police officer said the prime minister also visited the Thai monestary in Bodh Gaya, about 110 km from Patna.

He is in India on a three-day visit from June 16 on Prime Minister Narendra Modi's invitation. He will leave for Bangkok on Saturday afternoon.