The 73-year old Thawarchand Gehlot was the Minister for Social Justice and Empowerment at the centre, and was leader of the House in Rajya Sabha before assuming the new role in the southern state. 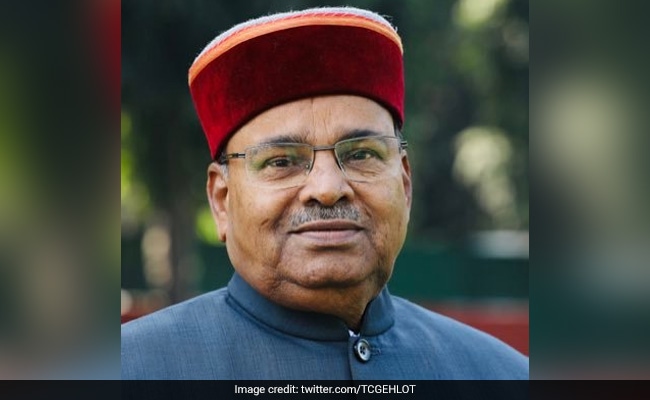 Thaawarchand Gehlot was the Minister for Social Justice and Empowerment at the centre.

Dressed in a white suit and sporting a Himachali cap, Gehlot took the oath of office and secrecy in the name of God inside the imposing glass house of the Raj Bhavan.

After the oath taking ceremony, Justice Oka, Vala and Yediyurappa greeted the new Governor with bouquets and congratulated him.

The 73-year old Gehlot was the Minister for Social Justice and Empowerment at the centre, and was leader of the House in Rajya Sabha.

The President had announced the appointment of Gehlot as the new Governor of Karnataka on July 6.

Born in a Dalit family on May 18, 1948 to Ramlal Gehlot and Suman Bai at Rupeta in Ujjain, Madhya Pradesh, Gehlot did his BA from Vikram University, Ujjain.

Gehlot, who was involved with the RSS, took a plunge into politics in 1962 through the Jan Sangh and held several key positions in the BJP.

His electoral politics began in 1980 and he was elected MLA thrice before becoming a member of Lok Sabha in 1996 and served there for four consecutive terms till 2009.

He was also a Rajya Sabha member.

He is familiar with Karnataka as he served as the state in-charge for years between 2006 and 2014 when he was party general secretary.

Gehlot had been to jail several times between 1968 and 1971 for raising workers' issues as well as during the Emergency in the 1970s.

Though the 83-year old Vala's five-year term had ended in August, 2019, he continued in the post as his successor was not named by the centre.

Politically, Vala came under attack in May 2018, for inviting the BJP to form the government much to the chagrin of the Congress-JD(S) coalition, which had termed his action as that of a "Gujarati businessman."

He was also targeted by Congress-JD(S) during HD Kumaraswamy's trust vote in July 2019, for repeatedly seeking to interfere with assembly proceedings, by setting deadlines.