Tesla has had its vehicles certified as being roadworthy in India, a posting on the website of the ministry of road transport and highways showed. 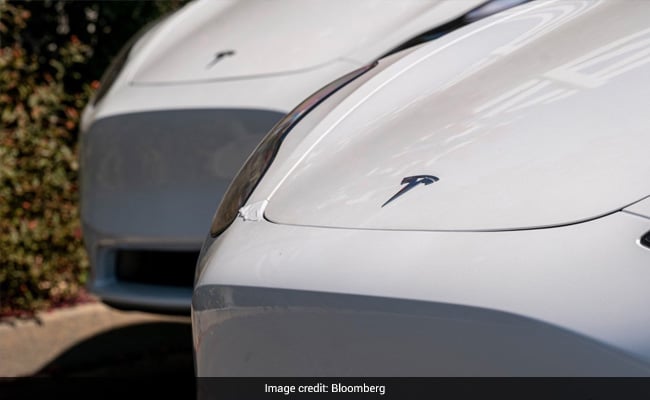 Tesla's call for a tax cut on imported EVs has received a mixed reception.

Tesla Inc. is closer to making its official debut in India after it received approval to make or import four models in the South Asian nation.

Tesla has had its vehicles certified as being roadworthy in India, a posting on the website of the ministry of road transport and highways showed.

"The tests ensure the vehicle matches the requirements of the Indian market in terms of emission and safety and road worthiness," according to the site. A Tesla fan club earlier tweeted about the development, saying the cars were probably Model 3 and Model Y variants.

BREAKING : Tesla has completed homologation & received approval for 4 of it's vehicle variants in India.

While we don't have any confirmation on names yet, these are probably Model 3 & Y variants.

Gaining a foothold in the Indian car market won't be easy considering EVs account for only 1% of the nation's annual car sales and Tesla's automobiles are very expensive. Scant charging infrastructure and a lack of financing for companies wanting to develop electric cars are other reasons why India is behind in the electric shift.

The country's high tax regime is another roadblock. Tesla Chief Executive Officer Elon Musk last month tweeted that import duties in India are among the highest in the world and the nation treats clean energy vehicles the same as gasoline, which isn't consistent with its climate goals. The billionaire has said a factory in India is "quite likely" if the California-based carmaker can first test the waters by importing vehicles.

Tesla's call for a tax cut on imported EVs has received a mixed reception. Volkswagen AG's India unit and Hyundai Motor India Ltd. have backed the move while Mahindra & Mahindra Ltd. has called for a review of import tariffs along with lower domestic levies.

Tata Motors Ltd. Chief Financial Officer P.B. Balaji said during an earnings call last month the government should continue with the existing EV subsidy plan, which places an emphasis on localization and affordability of electric models. India's government has said it has no plans to cut import duties on electric vehicles.