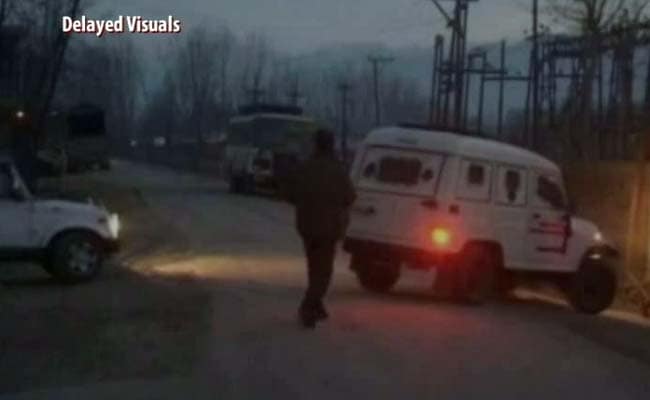 A gunbattle between the security forces and terrorists took place in Jammu and Kashmir's Bandipora.

Srinagar: Three soldiers have died and 15 security personnel have been injured in an encounter with terrorists in Jammu and Kashmir's Bandipora district. A terrorist was also killed in the gunbattle. The injured soldiers have been airlifted to an army hospital in Srinagar; the condition of some soldiers is said to be critical.

The police and the Army had launched a joint search operation early morning following a tip-off about the presence of terrorists in a residential house early morning. The hiding terrorists fired upon them which triggered an encounter. In the initial shootout, five jawans and four policemen were injured.

Sources say after resorting to heavy firing, the terrorists tried to break the cordon. But they were trapped and one terrorist was killed in the encounter.

Promoted
Listen to the latest songs, only on JioSaavn.com
The incident comes two days after two jawans were killed in a 10-hour long encounter between terrorists and security personnel at Frisal village in Jammu and Kashmir's Kulgam district that started on Saturday night. The security forces neutralised four terrorists - belonging to Hizbul Mujahideen and Lashkar-e-Taiba. Two civilians were also killed during and after the encounter, which led to massive protests in the area.