BJP leader NV Subhash said the Congress was deliberately absent at the 'Rashtra Manch' meeting hosted by Sharad Pawar at his Delhi residence. 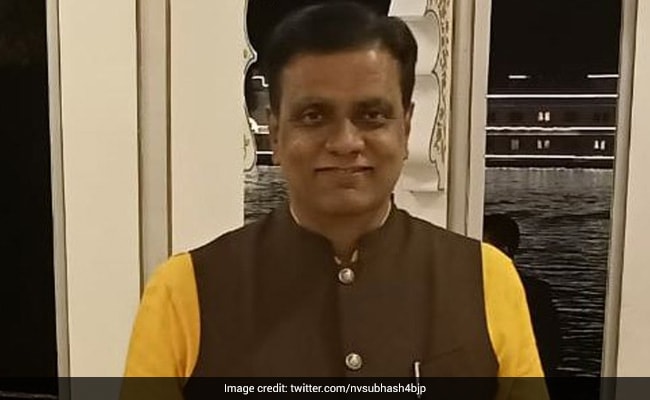 "The NCP chief's effort to form an alternative alliance in the name of "Rashtra Manch" which was held on June 22, this year at his residence in Delhi is flop show." "The deliberate absence of the Congress party shows that it was a flop show," he told ANI.

He said the government led by Prime Minister Narendra Modi was already functioning with an "inclusive" vision for India and the country was progressing in that direction. Stating that there was nothing wrong in forming a third alliance, he said, "None of the majority parties and leaders who attended the Rashtra Manch chaired by NCP Chief Sharad Pawar was ready to lead the alliance."

"Even Sharad Pawar was not ready to take responsibilities for the Third Front as he said it would be the role of collective leadership. It shows his commitment to the new alternative force against PM Narendra Modi. Moreover, the meeting was attended by non-political supporters led by Yashwant Sinha as they could not influence the parties as well as the leaders," said Mr Subhash.

The BJP leader slammed the Opposition parties for attending the meeting at the instance of Rashtra Manch chief Yashwant Sinha, who was looking for political asylum after quitting BJP and joining the Trinamool Congress.

NCP leader Majeed Memon, who was also part of the meeting, refuted media speculation about Congress being boycotted from the meeting.