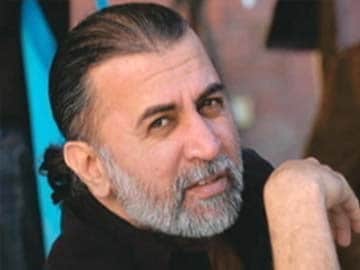 New Delhi: The young journalist who has accused Tehelka founder Tarun Tejpal of sexually assaulting her in Goa earlier this month says that a member of his family visited her mother at home in Delhi last night and asked what the journalist "wanted" as a result of her complaint.

The journalist said Mr Tejpal's relative also asked her mother who they are consulting for legal advice. (Read full statement)

"This visit has placed tremendous emotional pressure on my family and I at an intensely traumatic time. I fear this may be the beginning of a period of further intimidation and harassment," the journalist said in a statement, which also asks Mr Tejpal's associates to refrain from contacting her family or her.

Following the incident, the Uttar Pradesh Police has offered security to the journalist's family.

Mr Tejpal has been charged with rape in an FIR filed by the Goa police. The journalist had not pressed charges, but the Goa government ordered an investigation based on media reports of her allegations.

In an email on Monday to Tehelka's Managing Editor Shoma Chaudhury, the journalist detailed how Mr Tejpal allegedly sexually assaulted her on two consecutive days at the magazine's annual and high-profile summit in Goa.

Ms Chaudhury says she asked Mr Tejpal, whose account of events was different, to issue an unconditional apology to the young woman.

Promoted
Listen to the latest songs, only on JioSaavn.com
In that note, Mr Tejpal referred to a, "shameful lapse of judgement that led me to attempt a sexual liaison with you on two occasions on 7 November and 8 November 2013, despite your clear reluctance that you did not want such attention from me."

The journalist has countered that. "It wasn't an attempt at sexual liaison... he sexually molested me."
Comments
TehelkaTarun Tejpal