The student of Class 7 was killed yesterday when security forces repelled a terror attack at Wangam village in Handwara. The police said he was hit by a stray bullet as he was fleeing from the site. Three CRPF personnel were killed in action. 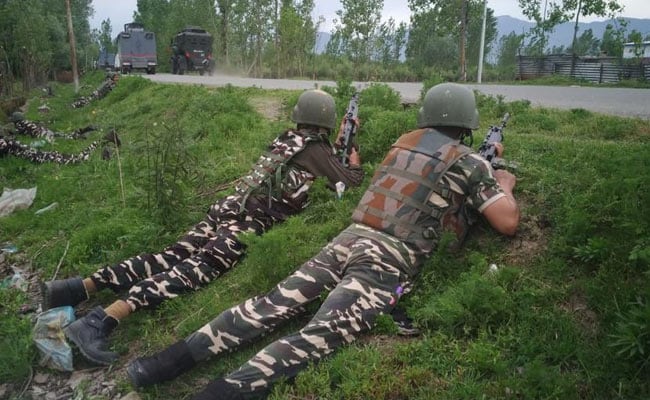 The teen was killed when security forces repelled a terror attack

A 14-year-old specially-abled boy, who was killed in Jammu and Kashmir's Handwara yesterday, was not allowed burial in his family graveyard. The boy was buried in Baramulla district, more than 30 km from his village. The officials have cited coronavirus as the reason.

The student of Class 7 was killed yesterday when security forces repelled a terror attack at Wangam village in Handwara. Three CRPF personnel were killed in the attack.

Dilbag Singh, Director General of Police, Jammu and Kashmir, said when the shooting took place, the teen had started running towards the orchards. "The militants also started fleeing in the same direction... His body was found in a runnel'' said Mr Singh.

This is the first time in Kashmir that the body of a civilian killed in firing was not handed over to the family and permission was not granted for burial in the village graveyard.

Dilbag Singh said till late last night, there was no clarity about the boy's identity. This morning it was established that he was not a militant, "he was an innocent boy", he said. The burial, he added, had taken place in presence of his family and the choice of location was due to the coronavirus factor.

As part of the Central guidelines to control the virus, religious and social gatherings -- including at weddings and funerals -- have been banned.

The Deputy Commissioner of Kupwara, Anshul Garg, said they can exhume the body once the outbreak is under control and the burial can take place at the family graveyard.

"Funeral processions tend to gather a lot of people. As a standard protocol, the IGP office has decided not to bury anybody in the same locality. Eventually we can exhume and shift the body. It is just to tackle the situation this month or so,'' Mr Garg said.

The burial of terrorists at non-descript places has been happening for a while. For the last few years, the police have been burying the bodies of foreign terrorists at the Sheeri- Bonyar area of Baramulla district.

Over the last month, the police are not handing over the bodies of local terrorists to their families either. They are also being buried like foreign terrorists as the authorities have decided not to allow any large gatherings at any of these funerals.