Teachers' Day 2019: The tradition of celebrating Teachers' Day started from 1962 and was started to honour Dr Sarvepalli Radhakrishnan, an exemplary teacher who was former President of India. 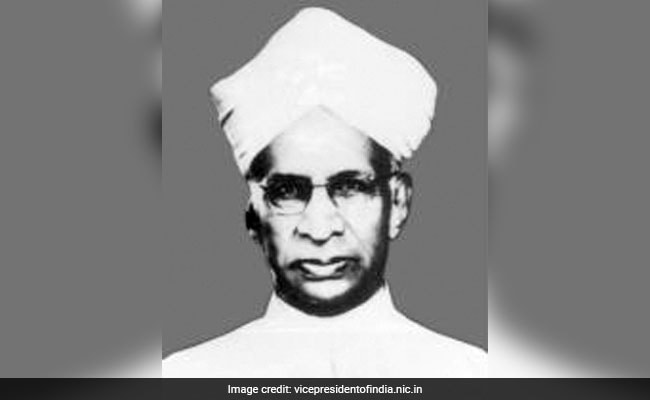 Teachers' Day is dedicated to our teachers, mentors and gurus who guide us to be learned students and better human beings. Every year, Teacher's Day is celebrated on September 5, the birth anniversary of Dr Sarvepalli Radhakrishnan, an exemplary teacher and former President of India. "Instead of celebrating my birthday, it would be my proud privilege if September 5 is observed as Teachers' Day," he had said. This tradition to celebrate Teachers' Day started from 1962 and it was started to honour Dr Sarvepalli Radhakrishnan and all the teachers. Leaders paid tribute to the exemplary teacher on this birth anniversary. Read here. Here are messages and greetings you can send to your teachers. President Ram Nath Kovind will confer the National Teachers' Awards today. 46 teachers from across the country will be felicitated at an event which will be held in Delhi.

Dr Sarvepalli Radhakrishnan was a philosopher, scholar, an exemplary teacher, and politician who dedicated his life towards education and shaping up the youth of the country. He was also the first Vice President of India and the second President of India. His contributions in the field of education are exemplary.

Dr Sarvepalli Radhakrishnan was born on September 5, 1888, in a middle class family in Tirutani. He was an outstanding student and studied philosophy at Christian College, Madras. He taught at various colleges in his lifetime from University of Mysore to University of Calcutta. He was also appointed as the Vice-Chancellor of Andhra University, Delhi University as well as Banaras Hindu University.

He believed that, in India, the duty of a philosopher was to keep in touch with the past while stretching out to the future. His teaching continue to inspire generations. Happy Teachers' Day!