The updated final NRC, which validates bonafide Indian citizens of Assam, has left out over 19 lakh applicants. 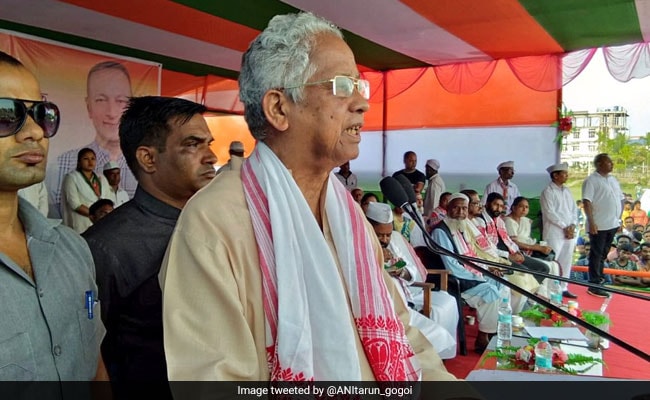 Veteran Congress leader Tarun Gogoi on Thursday alleged that final National Register of Citizens of India or NRC is an "erroneous" document as the full responsibility of the exercise was entrusted upon state coordinator Prateek Hajela who was "a junior and incompetent officer".

The updated final NRC, which validates bonafide Indian citizens of Assam, has left out over 19 lakh applicants. It was published on August 31 under Prateek Hajela, who was appointed the NRC state coordinator by the Supreme Court.

"The NRC is full of errors. Instead of identifying foreigners, it made Indians as foreigners, who have all the valid documents. The future of these 19 lakh excluded people are totally uncertain now," the three-time chief minister said.

Mr Hajela should not have been fully trusted and given importance, he said adding that he was a "junior officer and incompetent for the work" compared to the registrar general of India.

Mr Gogoi said Mr Hajela should not have been allowed to leave Assam before the NRC becomes "fully correct".

The 1995 batch IAS officer has been transferred to his home state Madhya Pradesh following a direction of the Supreme Court. He was released on November 11.

The Congress leader said people of Assam expected an error-free NRC and the Chief Justice of India Ranjan Gogoi himself is a native of the state.