Chennai rain in New Year: The city received moderate rainfall in the morning which caused traffic jams at major junctions. 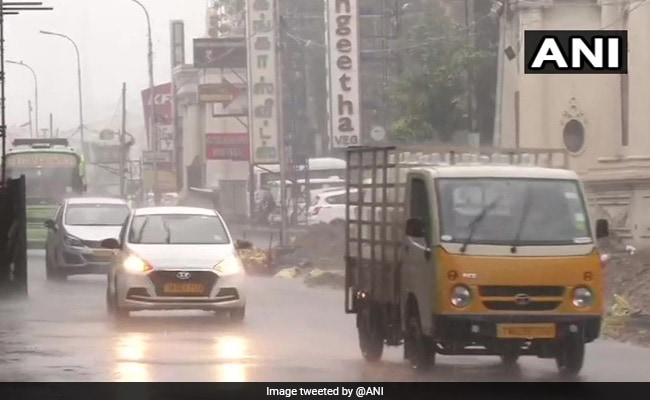 The Northeast Monsoon is set to continue at least till January 4 in Tamil Nadu and Puducherry.

People living in Tamil Nadu's capital Chennai rang in the New Year in raincoats and with umbrellas on Wednesday.

The city received moderate rainfall in the morning which caused traffic jams at major junctions.

Some people expressed happiness and hoped that the city would receive plenty of rain this year so that they do not face a water crisis like last year.

"I am happy that at the beginning of the new year we have received rains. I hope they continue for some more days so that there is no water crisis in the region. We are facing some problem commuting to the office because of the downpour," said Ibrahim.

"I am happy. I am really enjoying the rain. On the first day of this new year, we have received rain," said another resident of the city.

According to the India Meteorological Department (IMD), the Northeast Monsoon is set to continue at least till January 4 in Tamil Nadu and Puducherry.

During the last twenty-four hours, Kollidam in Nagappattinam and Periya Kalapet in Puducherry have recorded a maximum of nine centimeters of rain.

Generally, the Northeast Monsoon begins in October and gets over by the end of December.