"Take Back CAA Too": Muslim Body To Centre After Move To Cancel Farm Laws 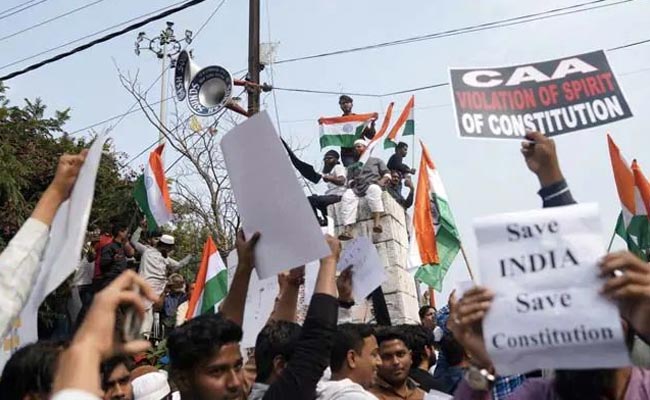 After CAA was passed by Parliament, protests were witnessed in several parts of the country. File

BSP MP from Amroha Kunwar Danish Ali also called for the repeal of the CAA "without further delay".

"Repealing 3 Farm Laws is a welcome move. I congratulate farmers for their will power to fight, sacrifice and defeat the mighty state power and their crony capitalist friends," Mr Ali tweeted.

Repealing 3 #FarmLaws is a welcome move. I congratulate farmers for their will power to fight, sacrifice and defeat the mighty state power and and their crony capitalist friends. @narendramodi ji must also consider and repeal Citizenship Amendment Act #CAA without further delay.

Jamiat president Maulana Arshad Madani welcomed the announcement of withdrawal of the three farm laws and lauded the farmers for their "success".

Every effort was made to subdue the farmers'' movement just as it was done with all other agitations in the country, Mr Madani alleged.

Conspiracies were hatched to divide the farmers, but they continued to make all kinds of sacrifices and remained steadfast in their stand, he said in a statement released by the Jamiat faction led by him.

Mr Madani claimed that the agitation against the Citizenship (Amendment) Act encouraged farmers to protest the farm laws.

Mr Madani also demanded that just like the agri laws, the CAA should be withdrawn.

He said that the decision to withdraw the farm laws has shown that democracy and the power of the people is paramount.

After the CAA was passed by Parliament, widespread protests were witnessed in different parts of the country.

The CAA is aimed at granting Indian citizenship to persecuted minorities like Hindus, Sikhs, Jains, Buddhists, Parsis and Christians from Pakistan, Bangladesh and Afghanistan.