'It Doesn't Look Like Marble Anymore': Why The Taj Mahal Has People Worried

Taj Mahal, India's best known historical monument built as tribute by Mughal Emperor Shah Jahan to his wife Mumtaz, is becoming a victim to the ravages of time. 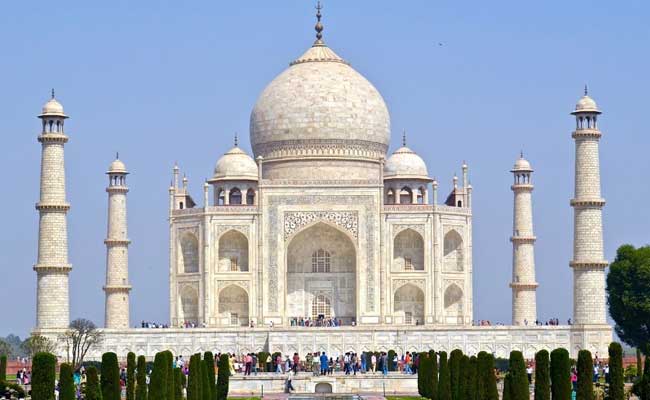 Agra: Nawab Jafar Abdullah was heartbroken when he stepped into the chambers of Taj Mahal where the tombs of Shah Jahan and Mumtaz are located. The chambers are opened once a year. This time, he was stunned to see how the mausoleum was turning yellow, brown and green from inside too.

"It is marble but doesn't look like it any more. The graves are yellow, quite like elephant tusks but very yellow. The walls of the chamber where the tombs are don't look like marble. The walls appear to be turning brown and there are patches of green all over," he told NDTV, convinced that conservators should do something to save the chamber that was at the heart of the monument. "Fast".

This week, the Supreme Court in Delhi reached the same conclusion when it saw some photographs that showed the beating the 17th century white marble stunner had taken due to pollution and apathy of government agencies.

"Or perhaps you don't care," the bench remarked.

The soaring white marble mausoleum is considered one of the finest examples of Indo-Islamic architecture that poet Rabindranath Tagore described as "one tear-drop . . . on the cheek of time."

But Taj Mahal, India's best known historical monument built as tribute by Mughal Emperor Shah Jahan to his wife Mumtaz, is becoming a victim to the ravages of time.

A minaret collapsed recently during a storm and there have been concerns that traditional methods of using mudpacks to draw out stains used to keep the marble shining may no longer be working. Critics say the process is as damaging as bleaching the fine stone.

Jayant Krishna, convener of the Uttar Pradesh chapter of heritage conservation body INTACH say they could help. "Along with that (traditional measures), there are citrus fruits which are used, besan, neem, tulsi leaves... lot of these materials can be used," he said, adding that the INTACH could collaborate with the government for the Taj's conservation.

The primary responsibility for the conservation of monuments comes under the Archeological Survey of India, or ASI.

Promoted
Listen to the latest songs, only on JioSaavn.com
Dr Bhuwan Vikram, who heads the ASI office at Agra, told NDTV that they would be getting down to clean up the monument soon. "We shall start in mid-May... starting from the top and work our way down," he said.

Last year, there were 60 lakh people who came to visit the UNESCO World Heritage site and ticket sales soared to 28 crore rupees.