"Tail" Of Alliance Can Never Be "Nucleus": Arun Jaitley On Rahul Gandhi

Describing the opposition's efforts as a "failed idea", Arun Jaitley said the people of the country would not support a coalition. 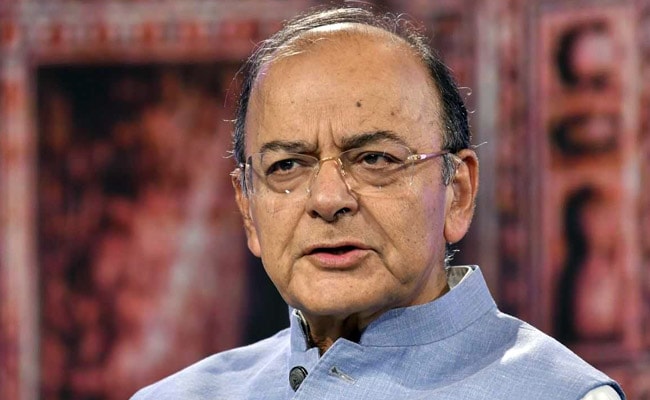 Arun Jaitley said the grand alliance is bound to be a failure as it lacks a central figure. (File)

Terming the opposition's efforts to forge a grand alliance ahead of the 2019 Lok Sabha polls as a failure, Union Minister Arun Jaitley on Friday slammed the Congress, saying it can only be the "tail" of any alliance, but never the "nucleus".

"India is not going to experiment with a failed idea for the fifth time. The mahagathbandhan (grand alliance) is a momentary idea that collapses.

"A coalition of political rivals will take India backward. Voters will think why commit suicide with an alliance of this kind," he told India Today in an interview.

He said the proposed grand alliance is bound to be a failure as it lacks a central figure.

"There is no nucleus for the mahagathbandhan," he said.

Asked about whether Rahul Gandhi can emerge as the face of such an alliance, Mr Jaitley said: "The tail of an alliance cannot be its nucleus."

He said that leaders of the alliance want the Congress to support them and not the other way round.

"In mahagathbandhan, who will use whom and who will trip over whom is not clear," the senior BJP leader said.

Describing the opposition's efforts as a "failed idea", he said the people of the country would not support a coalition.

"The alliance is essentially a collection of ambitious leaders who have no support base," he said.

A meeting of the opposition parties to strategise against the BJP in the upcoming Lok Sabha elections in 2019, is likely to take place once the five states' Assembly elections are over and before the winter session of Parliament commences.