Tahir Merchant worked with absconding conspirator Tiger Memon, and participated in several conspiracy meetings in Dubai to carry out the 1993 Mumbai blasts 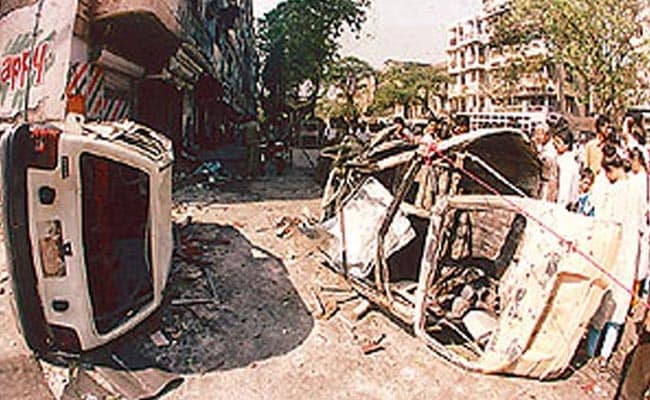 1993 Mumbai blasts: The role of Tahir Merchant in the conspiracy is prominent, a court said

Mumbai: Tahir Merchant, one of the convicts in the 1993 Mumbai blasts case who was sentenced to death, died at a hospital in Pune early today, a police officer said. Merchant, who was also known as Tahir Takla, was admitted to Sassoon Hospital at 3 am after he complained of chest pain. He died during treatment, the officer said.

"One (1993 Mumbai blasts) convict named Tahir Merchant, who was lodged in the Yerawada prison, was admitted to Sassoon Hospital after he complained of chest pain. However, he died there during treatment around 3:45 am," Dr Bhushankumar Upadhyay, Additional Director General of Prisons Department said.

"Merchant was extradited to India from Abu Dhabi and was arrested by the Central Bureau of Investigation in 2010. He had been serving his jail term in Yerwada central prison in Pune," an officer said.

According to police, Merchant had arranged money to carry out the blasts, and was also linked to conspirators Tiger Memon and Dawood Ibrahim.

In 2007, a special anti-terror TADA court had convicted 100 accused, including actor Sanjay Dutt, in connection with the blasts. In September last year, a special court awarded death sentence to Tahir Merchant and Firoz Khan, while awarding life imprisonment to prime accused Abu Salem and Karimullah Khan in the 1993 Mumbai blasts case.

The court had held that Merchant was amongst the main conspirators.

"The evidence proves the anguish, agitation and frustration expressed by Tahir due to situation prevailing in Bombay during the period of riots in January 1993," it had noted.

He worked with absconding conspirator Tiger Memon, and participated in several conspiracy meetings in Dubai. Tahir made travel arrangements, financed the stay and travel of several co-accused and facilitated their training in Pakistan, the court noted.

Promoted
Listen to the latest songs, only on JioSaavn.com
"The role of Tahir in conspiracy is prominent. He is one of the initiators of the conspiracy," the court had said in its ruling in June 2017.

Another convict in the case, Mustafa Dossa had died of cardiac arrest at JJ Hospital in Mumbai in June last year. The Mumbai blasts had left 257 people dead and 713 seriously injured. It had destroyed properties worth Rs 27 crore.