Two people have been detained and are being examined in connection with the incident. 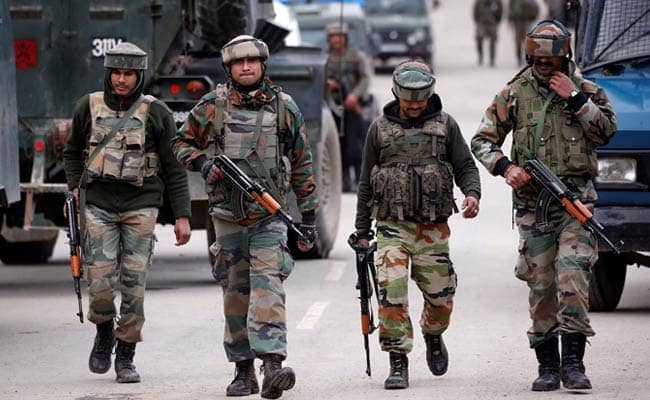 The search operation has been jointly launched by the Army and state police. (Representational image)

Security personnel are conducting search operations in Jammu and Kashmir's Uri after suspicious movement was detected near an army camp in the area last night.

“During night hours Sentry of Army Artillery unit at Rajarwani Uri detected some suspicious movement around the camp and opened fire. The area has been cordoned off and is being searched jointly by the police and Army," a police spokesman was quoted as saying by news agency IANS.

Two people who detained after they were spotted near the area, he said. "Two people have been spotted in nearby Nallah who were being checked out," he added.

On Sunday, five terrorists associated with Hizbul Mujahideen and Lashkar-e-Taiba (LeT) were killed in an encounter in Kulgam district.

The terrorists had opened fire on a search party of the security forces in Kulgam's Kellem village, leading to an encounter. Large number of weapons and warlike stores were recovered from the terrorists after the encounter, police said.