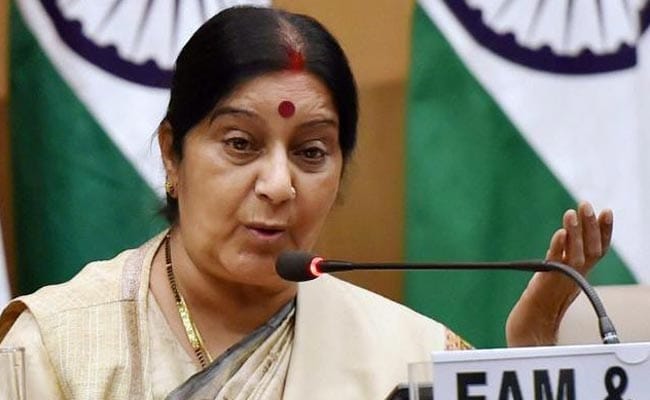 Ms Swaraj, 64, was shifted to the Intensive Care Unit after the nearly six-hour-long surgery by a team of 50.

AIIMS sources said the kidney for Ms Swaraj was donated by a woman who is in her 40s and not related to the External Affairs Minister.

A team of senior doctors has been monitoring the minister's condition round-the-clock.

"The surgery was successful and uneventful. She is admitted in the ICU and her condition is stable. Her condition is being closely monitored by a team of doctors. The donor voluntarily donated her kidney to the Minister," AIIMS Director M C Mishra said when contacted.

As no suitable donor was available in the immediate family, the transplant was done with the kidney from a living unrelated donor, sources said, adding the clearance for it was obtained from the Authorisation Committee of AIIMS.

Mr Mishra said the surgery was carried out at the cardio-thoracic centre by a team of 50 personnel including transplant surgeons, transplant anesthesiologists, nurses, technicians and other supporting staff.

"The surgery started at around 9 AM and ended at 2.30 PM following which the minister has been shifted to the ICU. First, the organ was harvested from the donor which took one-and-half hours and then it was transplanted," Mr Mishra said.

Living, unrelated donor could be anyone who is emotionally attached to the recipient, such as a friend, a relative, a neighbour or an in-law.

Ms Swaraj has been suffering from diabetes for quite sometime and after it was found that she had renal failure, she was put on maintenance dialysis.

On November 16, Ms Swaraj herself had tweeted that she was in AIIMS because of kidney failure. Ms Swaraj, who has been in and out of the hospital for last few months, was admitted to AIIMS on November 7.