Sushant Rajput's family has accused his friend Rhea Chakraborty of transferring Rs 15 crore in tranches from his bank accounts. 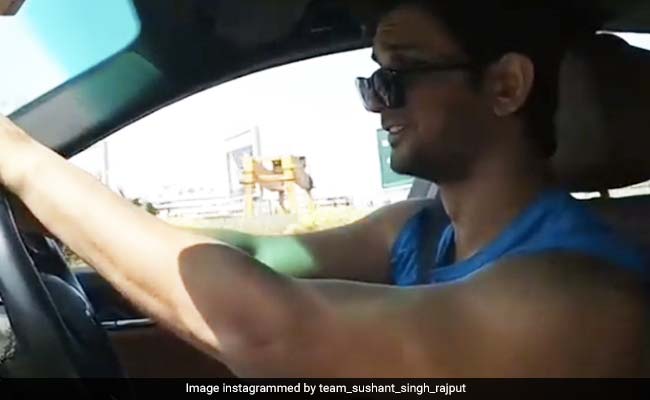 Sushant Singh Rajput's sister Meetu Singh was the first member if the late actor's family to be questioned by the Enforcement Directorate today in connection to their investigations into a possible money laundering case against his friend Rhea Chakraborty. The agency has been investigating financial situation of the actor, who died on June 14, to weigh the possibility of money laundering.

Mr Rajput's family has accused Ms Chakraborty of transferring Rs 15 crore in tranches from his bank accounts. In a case filed by the family in Patna, she has been accused of financial fraud and driving him to suicide.

The agency has found that money from two of the four bank accounts belonging to Sushant Singh Rajput has been transferred to Rhea Chakraborty, sources in the Enforcement Directorate have told NDTV.

The Enforcement Directorate is now looking into Ms Chakraborty's income and assets and investigating a possible mismatch. Ms Chakraborty and her family have already been questioned.

Sushant Singh Rajput's friend and roommate Siddharth Pithani and his business manager Shruti Modi have also been questioned in connection with the case. Shruti Modi -- who is also Rhea Chakraborty's manager --  was also called for  questioning again today.

Rhea Chakraborty and her family have two properties, at least one which were recently purchased. One of the properties is in Mumbai's Khar neighbourhood and another in Navi Mumbai, news agency Press Trust of India has reported.

Ms Chakraborty has claimed that the case against her was concocted by actor's father to harass her.  She has gone to the Supreme Court requesting that the case be transferred from Patna to Mumbai. In her petition she argued that since Sushant Singh Rajput died in Mumbai, it is the Maharashtra police that has jurisdiction over the case.

Sushant Singh Rajput was found dead in his Mumbai apartment on June 14. The police suspected it was a case of suicide. But following allegations that the talented upcoming actor was driven to his death by the nepotism and cliques in Bollywood that admits no outsiders, a detailed investigation is on.