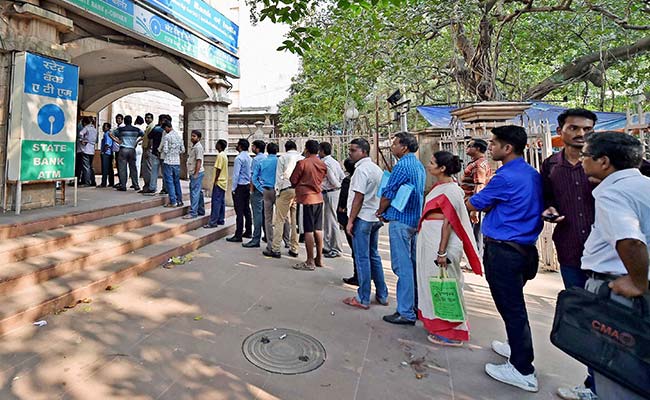 People standing outside banks and ATMs six days after a sudden ban on Rs 500 and Rs 1,000 notes

New Delhi: As people desperate for cash spent hours at banks and ATMs even a week after a sudden ban on Rs 500 and Rs 1,000 notes, the Supreme Court told the centre on Tuesday: "You call it surgical strike or carpet bombing, there is some collateral damage."

The court, acting on a batch of petitions challenging the decision announced by Prime Minister Narendra Modi last Tuesday,  agreed with the government's argument that there will be "some collateral damage in a surgical strike against black money", but asserted  that the "common man should not suffer."

The government has been asked to submit a report on steps taken to ease the crunch for citizens.

The Chief Justice of India, TS Thakur, suggested that the government should raise the withdrawal limit. "The general feeling is it is causing inconvenience to common man," he said.

Since yesterday, the government has announced several measures to lessen the difficulties faced by citizens trying to exchange banned notes and withdraw new ones.

Indelible ink will be used at banks to mark those who have exchanged notes to ensure that people are not drawing more than their fair share, a top official said on Tuesday. The same tactic is used to prevent multiple voting in elections.

Promoted
Listen to the latest songs, only on JioSaavn.com
The weekly cash withdrawal limit has been raised to Rs 24,000 and the daily limit is Rs 4,500. At ATMs, people can withdraw up to Rs. 2,500 per card per day. Old notes will be accepted at government hospitals, petrol stations, toll booths and other essential services till November 24.

PM Modi has urged the country to give him "just 50 days" to clean up the system and bear with the hardships for the larger good.