Jamsandekar was shot dead in his house on March 2, 2007 by two persons, allegedly hired by associates of Gawli who was the then the sitting MLA. 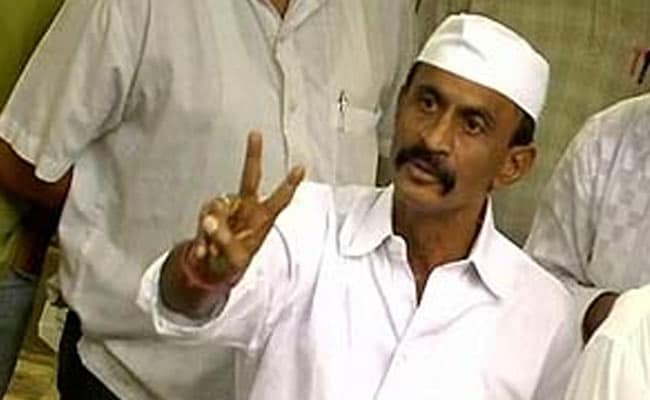 Arun Gawli, arrested on May 21, 2008, is currently lodged in jail in Maharashtra (File)

The Supreme Court Monday sought response from the Maharashtra government on a plea by gangster-turned-politician Arun Gawli challenging the life term awarded to him in the 2008 murder of Shiv Sena corporator Kamlakar Jamsandekar.

Mr Jamsandekar was shot dead in his house on March 2, 2007 by two persons, allegedly hired by associates of Gawli who was the then the sitting MLA.

Gawli's appeal challenging the last month verdict of the Bombay High Court, which had upheld the life term awarded to him by a trial court in the case, came up for hearing before a bench comprising Justices R Banumathi and AS Bopanna.

The bench agreed to hear the appeal and issued notice to the state.

The high court had on December 9, 2019 upheld Gawli's conviction and life term awarded to him by trial court under various provisions of the Maharashtra Control of Organised Crime Act (MCOCA).

Besides Gawli, it had also upheld the conviction and sentence imposed on several other accused in the case by the trial court in August 2012.

"The involvement of accused one Arun Gawli in the murder of Kamalakar Jamsandekar has been proved by the prosecution beyond reasonable doubt," the high court had said in its verdict.

According to the prosecution, Mr Jamsandekar was murdered at the behest of Gawli and the charge sheet filed by the police in the trial court had said that Gawli gang was allegedly paid Rs 30 lakh for killing the Sena corporator over a land deal in suburban Mumbai. Gawli, arrested on May 21, 2008, is currently lodged in jail in Maharashtra.

The prosecution had alleged that several accused in the case were members of organised crime syndicate headed by Gawli and they had hatched a conspiracy to kill Mr Jamsandekar due to political rivalry.