Salman Khan Hit-And-Run Case: 'Why Should Acquittal Not Be Reversed?' Asks Court 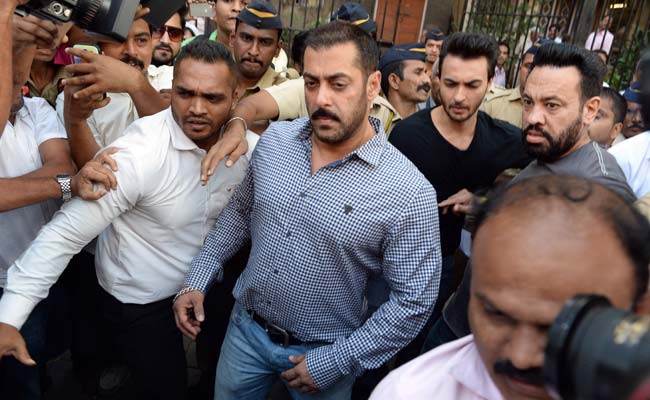 Salman Khan had been acquitted in the 2002 hit-and-run case by the Bombay High Court in December last year. (File Photo)

New Delhi: The Supreme Court today sent a notice to actor Salman Khan in the 2002 hit-and-run case, asking why his acquittal by the Bombay High Court last year should not be overturned.

"The matter needs to be examined," the Supreme Court said, responding to petitions by the Maharashtra government and one of the victims, which had challenged the verdict.

On September 28, 2002, Mr Khan's Toyota Land Cruiser had crashed into men sleeping on a pavement outside a bakery in Mumbai's Bandra, killing one.

Arguing for the actor today, senior lawyer Kapil Sibal said, "There is no evidence that Salman drove the car."

Stating that it will take up the case again in six weeks, the top court also issued a notice on a petition by the victim's family, stating that they had never got compensation.

Calling the actor's acquittal a "travesty of justice", Attorney General Mukul Rohatgi had earlier described the high court ruling as "perverse" and said the theory that the car was being driven by Mr Khan's driver should be discarded because the driver statement came years after the incident.

In May, a trial court had held Mr Khan guilty of running over the man after a night out drinking.