Sunny Deol, however, faced criticism from the Congress - the ruling party in Punjab's state government - for not inviting state lawmakers from the district. Actor-turned-politician Sunny Deol on Saturday reviewed the work progress of the Kartarpur corridor in Punjab's Gurdaspur district and posted pictures of his visit on social media. The corridor connects the Dera Baba Nanak shrine in Gurdaspur, Mr Deol constituency, with the Gurdwara Darbar Sahib in Pakistan's Kartarpur, which is around three-four km from the International Border.

The Gurdwara Darbar Sahib in Pakistan's Kartarpur holds great religious significance because that was where Sikhism founder Guru Nanak died in 1539. The corridor is expected to open in November. 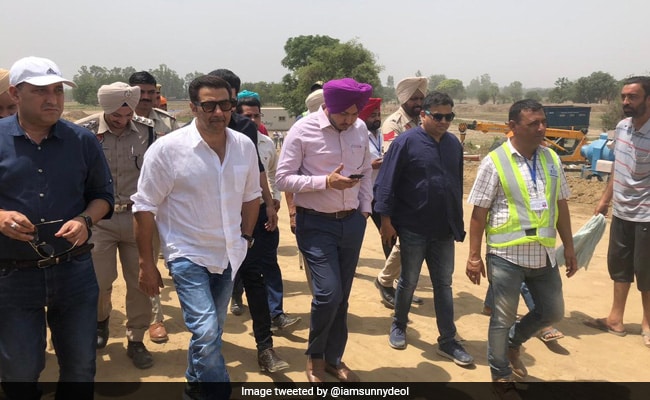 "Today, met teams at Sri Kartarpur Sahib corridor to review progress of corridor work," Sunny Deol tweeted. The BJP lawmaker, however, faced criticism from the Congress - the ruling party in Punjab's state government - for not inviting state lawmakers from the district.

"He (Sunny Deol) has no political vision," said Sukhjinder Singh Randhawa, a state minister and lawmaker from Dera Baba Nanak constituency. "He could have invited local MLAs here to know what they want from the Centre," said Mr Randhawa, according to news agency PTI. 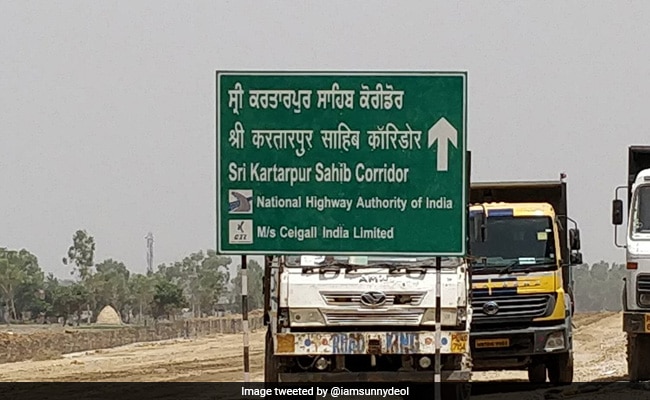 The Kartarpur corridor is expected to open in November

Mr Deol won the Lok Sabha election from Gurdaspur as BJP candidate, defeating the Congress party's Sunil Jakhar with a margin of 82,459 votes.

The BJP's star candidate in the national election, Sunny Deol prayed at the Gurdwara Dera Baba Nanak in Gurdaspur before starting his poll campaign in May.