"Today, Those With A Conscience Will Be Beheaded": Congress Leader's Swipe

Congress' Sunil Jakhar had earlier created a flutter when he claimed that 42 MLAs wanted him to be the Chief Minister and only two backed Charanjit Channi after the unceremonious exit of Amarinder Singh last year. 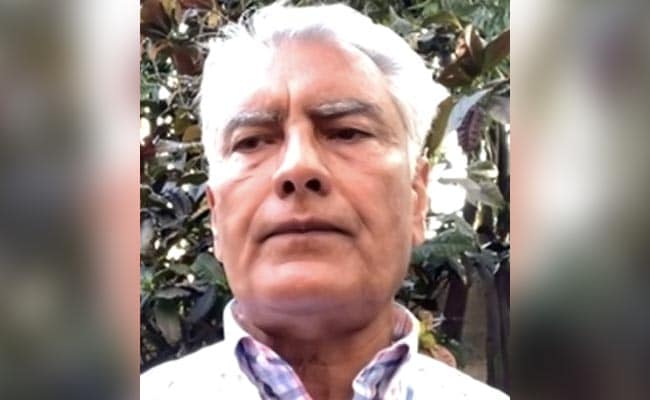 Ahead of the Congress disciplinary committee meet to decide on action to be taken against him, former Punjab Congress chief Sunil Jakhar on Tuesday said those who still have a conscience will be punished.

The Congress disciplinary committee had on April 11 given a show-cause notice to Mr Jakhar for alleged anti-party activities and sought a reply within a week.

However, Mr Jakhar chose not to reply to the panel.

"Aaj, sar kalam honge unke jinme abhi zameer baaki hai. (Today, those with a conscience will be beheaded). (My apologies to Javed Akhtar Saheb)," said Mr Jakhar in a tweet.

The meeting of the Congress disciplinary committee is expected to be held on Tuesday.

Mr Jakhar had criticised former Chief Minister Charanjit Singh Channi and termed him as a liability for the party after the Congress lost to the Aam Aadmi Party in Punjab.

Some party leaders including former minister Raj Kumar Verka had demanded action against him after accusing Mr Jakhar of using objectionable language against Mr Channi and the scheduled caste community during a TV interview.

But Mr Jakhar had rejected the charge and had said that his statement was twisted and taken out of context. He had also expressed regret if anybody was hurt by his comments.

Mr Jakhar had earlier created a flutter when he claimed that 42 MLAs wanted him to be the Chief Minister and only two backed Mr Channi after the unceremonious exit of Amarinder Singh last year.

Mr Jakhar was among the front runners for the Chief Ministerial post after Amarinder Singh was unseated last year.

The chances of Mr Jakhar becoming the Chief Minister were scuttled after the statement of party leader Ambika Soni, who had said the party should go with a Sikh face.