Srinagar: A terror attack may have left Javid Ahmad Tak paraplegic but it could not break his willpower. Now, the 39-year-old Tak is transforming the lives of many differently abled children in Kashmir.

18 years after Javid sustained spinal cord injuries in a terrorist attack that left him disabled, he has set a mission for himself.

"After the incident I got an idea that everybody has an assignment in this world and my assignment is to do something different. I started free tuition for (differently abled) children" said Mr Tak, who runs Zeba Apa school at Bijbehara in south Kashmir.

There are at least 55 students in the school, which he opened 10 years ago with Rs 75,000 - the money he had received from the government as compensation for terror victims.

"If I would not have that exgratia money utilised here, this school would never have existed. It was a time when I had no money," he said. 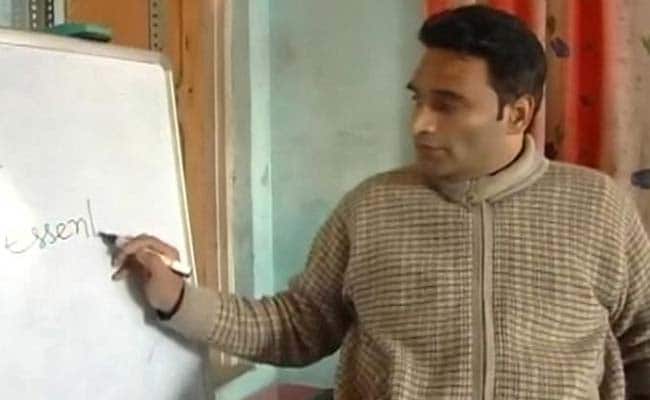 The transformation among Javid Tak's students is quite visible.

The transformation among Mr Tak's students is quite visible.

12-year-old Ifla Syed, who is hearing and speech impaired, aspires to become a teacher and Arif, 13, wants to become a doctor.

"She want to become teacher - become independent and help her parents," interpreted her teacher as Ufla says in sign language.

Javid was an undergraduate student when he was attacked by suspected terrorists at his uncle's house.

He remained bedridden for two years but once he was able to move on a wheelchair, Javid not only completed his masters in social work, he also learned sign language to teach differently abled children. Now his goal is bigger.

"We are advocating for the rights of physically disable people at state level. We are asking for education, employment and access to every service" Mr Tak said.

Javid Ahmad Tak, displaying a remarkable courage and commitment even after suffering permanent disability, took up the cause to improve the life of some. After years of hard work he has been able bring smiles on many faces.