Giriraj Singh praised Union minister Nitin Gadkari, who holds the Water Resources portfolio, for deciding to stop the flow of India's share of water to Pakistan from rivers under the Indus Waters Treaty. 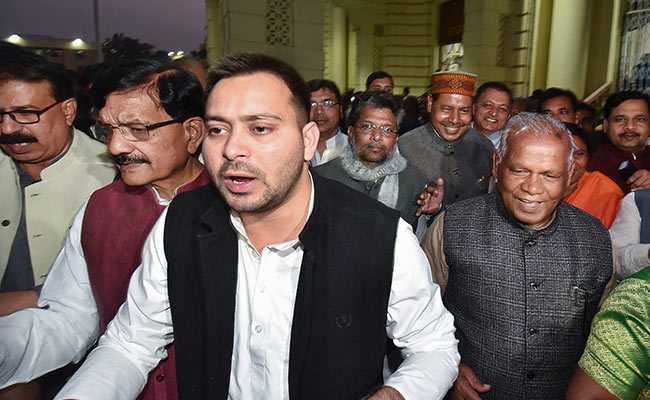 Union minister Giriraj Singh on Friday said India should not play cricket matches with Pakistan in the aftermath of the Pulwama terror attack which killed 40 CRPF personnel.

He advocated halting all types of exchanges with the neighbouring country, including sports, culture and trade.

RJD's Tejashwi Yadav, the leader of opposition in the Bihar assembly, however, said the dastardliness of the attack notwithstanding, scrapping of sporting ties and cultural exchanges would prove to be futile.

"There should be no cricket with Pakistan. We engage in no sports events with the country till it continues to aid and abet terror. Even families do not dine with each other when they have a feud. So let us have no links with Pakistan, sporting, cultural or economic," Mr Singh, a BJP hardliner, said in his Lok Sabha constituency of Nawada.

He also lauded Union minister Nitin Gadkari, who holds the Water Resources portfolio, for deciding to stop the flow of India's share of water to Pakistan from rivers under the Indus Waters Treaty.

When asked about the growing clamour for discontinuance of exchanges, Tejashwi Yadav said in Patna, "This should not happen. It is not going to achieve anything."

"The Pulwama terror attack deserves condemnation in the strongest possible words and the government must take whatever steps it deems proper on the security front. But sports and culture must not be dragged into these issues," he said.

The younger son of RJD chief Lalu Prasad, who fancied a career in cricket before take a plunge into politics three years ago, said, "Players embody sportsman spirit. And hence sportspersons must be allowed to engage in their activity and bring happiness to the people."

"We should remember, terror attacks have taken place in the past too, yet we continued to engage in sports. Nothing will be achieved through banning sports and art. Emotions are not unjustified but we will not gain anything by getting carried away," he said.