Chief Justice of India Dipak Misra said that while considering the formation of an international committee for cybersecurity, the Indian concept of constitutional sovereignty cannot be diluted. 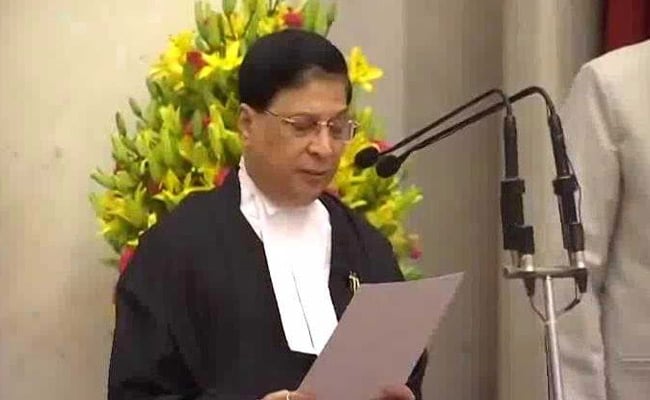 The CJI Dipak Misra said that it is the obligation of the State to strengthen its cyberlaws.

New Delhi: Chief Justice of India Dipak Misra on Wednesday said there is a need to concentrate on the emerging legal, policy and regulatory issues concerning cyberspace and it is the State's obligation to strengthen its cyberlaws.

Justice Misra, who inaugurated the 'International Conference on Cyberlaw, Cybercrime and Cybersecurity', said that while considering the formation of an international committee for cybersecurity, the Indian concept of constitutional sovereignty cannot be diluted.

He said that the cyber world has been under constant change and hence it was imperative to discipline cyber law and cyber crime and the cyber purity assumes a great significance for the stakeholders.

He stressed upon the need for concentrating on emerging legal, policy and regulatory issues concerning cyberspace and the need for all stakeholders, including lawmakers and judiciary, to be more aware about the nuances of emerging cyber technologies.

He also highlighted the growing necessity or the judiciary to be up-to-date with the latest trends concerning cyberspace as this issue would be coming before the judiciary and adjudication in coming times.

"Simultaneously we have international harmony and co- operation to save people from cybercrimes which doesn't have barriers. As there are no barriers, there has to be something else which has to be thought of and in that area I have no objection in saying there has to be an international committee," he said.

The CJI added that it is the obligation of the State to strengthen its cyberlaws.

"The countries world over have taken manifold steps in order to strengthen the cyberlaws by visiting the existing cyber-legal frameworks for the purpose of adopting to the evolving realities.

"There has to be a regulatory framework. There has to experts. They have to be more intelligent than those nuisance makers. The nuisance that corrodes social and constitutional values," he added.

Steven Wilson, head of EUROPOL Cybercrime Centre, also called upon all the stakeholders to work together to deal with deadly challenges being presented by cyber criminals and hackers across the world.

Promoted
Listen to the latest songs, only on JioSaavn.com
The conference director, advocate Pavan Duggal said there was a need for the lawmakers and all the other stakeholders to deal with the legal and policy issues concerning cyberspace in a more effective, holistic and pragmatic manner.

Only Zero-Tolerance Approach Can Defeat Terrorism: India At UN