The SMC mayor claimed he has evidence that the woman corporator was working at the behest of Deputy Mayor Sheikh Imran. 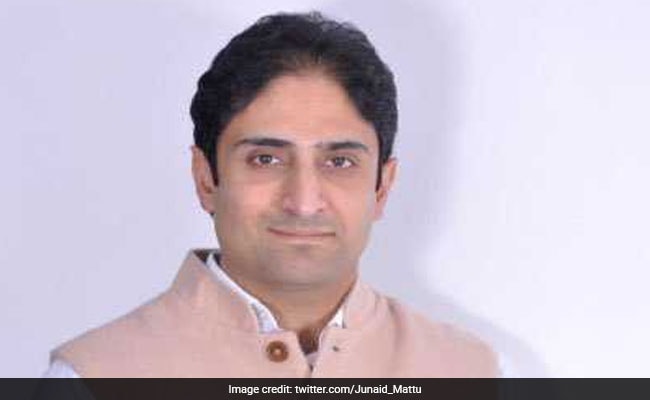 Junaid Mattu said he would file a criminal defamation case against the woman corporator. (File photo)

Srinagar Municipal Corporation (SMC) Mayor Junaid Mattu on Tuesday rubbished the allegations of sexual harassment levelled against him by a woman corporator, demanding her disqualification.

He said he had the support of an overwhelming majority of the corporators of the municipal corporation and have written to Jammu and Kashmir Governor S P Malik, seeking disqualification of the woman corporator for levelling "baseless allegations".

"I want the whole issue to be investigated. God is witness that I am clean and I have not done anything wrong. The accusations are baseless and I want the truth to come out," Mr Mattu said.

"I have around 45 corporators with me. We have written a letter to the governor, saying we will not go to office till the said corporator is disqualified," he said.

The SMC mayor claimed he has evidence that the woman corporator was working at the behest of Deputy Mayor Sheikh Imran.

Asked about allegations of making illegal appointment in the SMC, Mr Mattu said he would resign if any such charge was proved.

The SMC mayor said he would file a criminal defamation case against the woman corporator.

The woman corporator, belonging to the Congress, Monday accused Mattu of sexual harassment and assault and registered a police complaint against him and his personal assistant.

She accused the mayor and his assistant of manhandling and abusing her in presence of other corporators.

"The mayor has been continuously asking me to come along with him for enjoyment. He has harassed me a number of times and not just once," the woman corporator from one of the municipal wards of the city told reporters on Monday.

"I had submitted an estimate for Rs 25 lakhs for developmental works, but he concealed that estimate and didn't approve it asking me to accompany him to some place for enjoyment. This is sheer sexual harassment," she added.