Junaid Azim Mattu visited the 24-year-old woman at Srinagar's SMHS Hospital where she is undergoing treatment after suffering serious injuries. 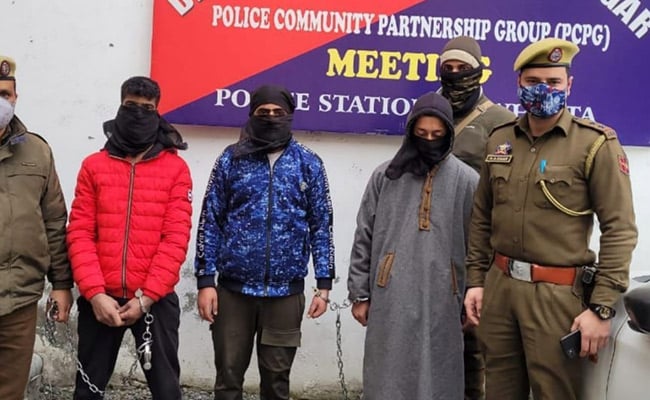 Srinagar Acid Attack Case: Three accused in the case have been arrested.

A day after a 24-year-old woman suffered serious injuries in an acid attack in Srinagar, the city's Mayor this evening handed her over his one month's salary while he hoped for a speedy conviction of the accused.

The woman was attacked in the downtown area of Srinagar. Three accused in the case have been arrested.

Junaid Azim Mattu visited the 24-year-old woman at Srinagar's SMHS Hospital where she is undergoing treatment after suffering serious injuries.

The attack has evoked massive condemnation and outrage in the Valley. All social and political groups have urged the police to ensure exemplary punishment for the accused.

"Met the parents of the young acid attack victim at SMHS Hospital today along with a DLSA and ICPS team. Handed over my one-month honorarium to the family as a humble token of my solidarity and support" tweeted Mr Mattu.

Met the parents of the young acid attack victim at SMHS Hospital today along with a DLSA and ICPS team.

Handed over my one month honorarium to the family as a humble token of my solidarity and support.

Assured continued long-term support and interacted with her medical team.

He said he will be writing to J&K Lt Governor Manoj Sinha for full financial assistance and the best possible treatment of the woman.

The police said a special investigation team, or SIT, arrested the three accused today in less than 24 hours after the incident was reported.

One of the men, Sajad Altaf Rather, planned the acid attack while the other two helped him, the police said. Sajad works at a pharmacy.

He allegedly planned to commit the atrocious act because she had rejected a relationship proposal, officials said.

"As the case was serious, the Srinagar Police immediately formed an SIT headed by SP North Raja Zuhaib. During initial field investigations and technical analysis, the name of one suspect came up, which led to the arrest of the main accused, Sajid Altaf Rather," a police spokesperson said.

The swift action by the police was welcomed by one and all.

Well done @JmuKmrPolice for the swift response. Please ensure a water-tight case so the courts are able to hand out exemplary punishment for this heinous crime. https://t.co/FEmtkUj6Mm

The survivor was working at a local business unit in Srinagar. She was attacked while returning home yesterday evening

According to police, Sajid had been stalking the woman for some time and after she rejected his proposal, he planned the acid attack.

Police have also sealed an automobile shop for giving the acid since its sale and purchase are banned by the Supreme Court.