Akshaye Khanna, who co-starred with Sridevi in MOM, says he would love to work with the actress again 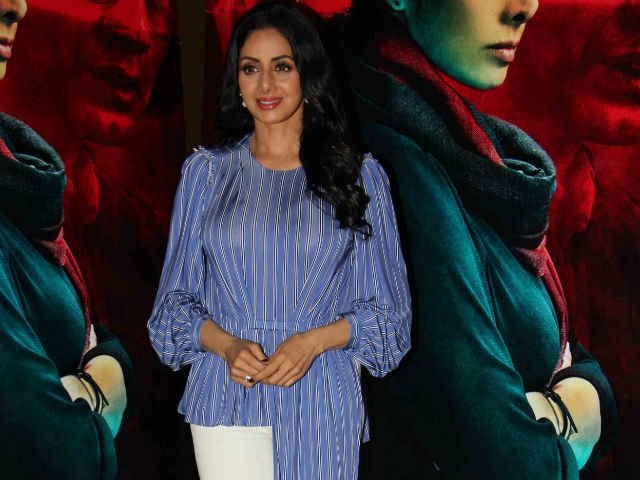 Sridevi during MOM promotions in Mumbai

New Delhi: Akshaye Khanna, who co-starred with Sridevi in MOM, says he would love to work with the actress again, reports news agency IANS. MOM directed by Ravi Udyawar, hit the screens last week on July 7. "She was fabulous and she behaves like any other actor. There's no pressure from her side. It was really nice to work with her," he told IANS. On being asked about co-starring with Sridevi again, Akshaye said, "If she gives me a chance, yes, sure." MOM also starred Nawazuddin Siddiqui and Pakistani actors Sajal Ali and Adnan Siddiqui in key roles. The plot of the film revolves around Sridevi and her stepdaughter Sajal Ali.

In a week, MOM collected over Rs 20 crore at the box office. "I didn't know how it would do at the box office. That nobody can say, but I knew it would have a good impact on people and I think that it doing well is gratifying and I am very happy for everybody who is involved in the film," Akshaye told IANS.

Meanwhile, Sridevi's other co-star Nawazuddin was all praises for the actress. At an event related to the film, he earlier told IANS, "I was always her fan. Big fan. Srideviji has always been my favourite actress. When I got a chance to work with Srideviji in MOM, I couldn't believe it. It was more than a dream come true. As an actor, I couldn't hope for a more favourable situation. It's my good fortune that I got to share screen space with her."

MOM is produced by Sridevi's filmmaker husband Boney Kapoor. It was Sridevi's, who has been a part of the industry for four decade, 300th film.