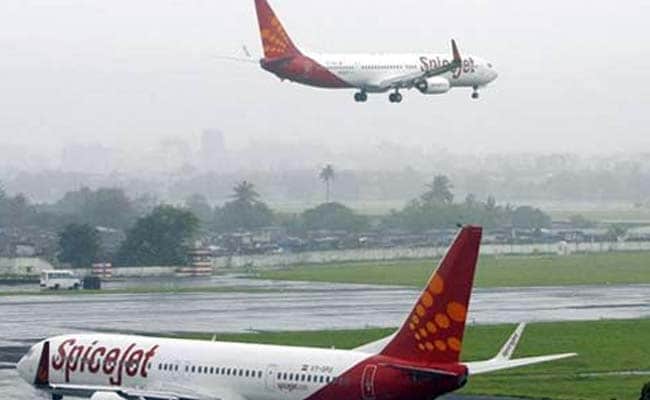 Boeing and Airbus Group are locked in a battle to supply SpiceJet with 100 planes. (File Photo)

Two years ago, SpiceJet was fighting for survival as creditors retreated and oil companies refused to refuel its airliners. Today, the world's biggest planemakers are wooing the recovering Indian budget carrier for a potential blockbuster order worth about $12 billion.

Boeing and Airbus Group are locked in a battle to supply SpiceJet with as many as 100 planes, and both are offering aggressive discounts in negotiations that have intensified in the past few months, according to people with direct knowledge of the talks, who asked not to be identified as the discussions are private.

A win would be key for Boeing, with the U.S. manufacturer lagging behind its European rival in India's burgeoning budget-airline market, one of the key sources of industry growth globally. Segment leader IndiGo and the local units of Singapore Airlines Ltd. and AirAsia Bhd., which fly only Airbus jets, have squeezed Boeing's prospects in a market where air travel is growing at a pace faster than in China or the U.S.

"Losing SpiceJet would be a big blow to Boeing," said Amber Dubey, a New Delhi-based consultant heading aerospace at KPMG. SpiceJet Chairman Ajay Singh "knows this and hence is perhaps having interesting conversations with both."

The Indian discount airline needs to ramp up its 43-plane fleet quickly to pose a meaningful threat to IndiGo, which controls 38.5 percent of the market and flies 108 aircraft. IndiGo's owner, InterGlobe Aviation Ltd., has placed orders for 430 Airbus A320neo planes, with a target to build a 1,000-jet fleet eventually.

A SpiceJet spokesman confirmed that Singh is attending this week's Farnborough Air Show in the U.K., but declined to say whether an order announcement is imminent.

"We will continue to work with them on the fleet needs and look forward to delivering their first 737Max," Dinesh Keskar, Boeing's senior vice president for sales, said in an e-mail.

"Airbus enjoys 70 percent market share in India and most Indian carriers are growing their business with us," said Airbus spokesman Justin Dubon. "We'd be delighted to help SpiceJet too."

Bombardier Inc., which is enjoying a revival with its C Series narrow-body jet starting service and winning a benchmark deal with Delta Air Lines Inc., is in a separate race for more than 50 smaller planes that SpiceJet is buying. The Canadian aircraft producer will be competing against Brazil's Embraer SA and the Avions de Transport Regional, or ATR, joint venture of Airbus and Italy's Leonardo-Finmeccanica SpA.

At least eight budget carriers dot the skies of India, where air travel grew more than 20 percent last year, according to the International Air Transport Association. In comparison, passenger traffic in China rose about 10 percent and less than 5 percent in the U.S., IATA said in December.

India also poses risks, with some carriers failing due to fuel taxes, tariffs and low fares. As many as 17 airlines in India have shut down in the past two decades, while accumulated losses of operating airlines have reached 600 billion rupees ($8.9 billion), according to a research paper published in June by consulting company KPMG and the Associated Chambers of Commerce of India.

Liquor baron Vijay Mallya's Kingfisher Airlines Ltd. was the most recent carrier to stop flying in 2012 after defaulting on payments to banks, vendors, airports and staff. SpiceJet was almost about to go down that path in December 2014, when it grounded the fleet for a day after oil companies refused to fuel its planes on credit, before retrenching and bouncing back.

Shares of SpiceJet have more than tripled in the past year after co-founder Singh returned to the helm, compared with a 0.9 percent decline in the benchmark S&P BSE Sensex. The stock rose 0.4 percent to 66.35 rupees as of 10:27 a.m. in Mumbai.

A boom in Asian air travel may provide the bright spot that the planemakers are looking for as last month's so-called Brexit referendum for the U.K. to leave the European Union adds to uncertainty clouding the global economy while low fuel prices sap demand for new, more efficient jets. On Monday, the first day of the Farnborough expo, Asian airlines were set to give the biggest boost to both Boeing and Airbus.

The Indian market can absorb as many as 60 narrow-body aircraft a year, said KPMG's Dubey, adding that Prime Minister Narendra Modi's push for regional connectivity will help expand the flier base "significantly."

(This story has not been edited by NDTV staff and is auto-generated from a syndicated feed.)
Comments
SpiceJet dealSpiceJet 100 plane-dealBoeing vs Airbus