Actor Sonu Sood Tweets After Tax Raids: "Every Rupee In My Foundation..."

Sonu Sood was raided for four days in a row by the Income Tax department, which has accused him of evading taxes worth over Rs 20 crore. 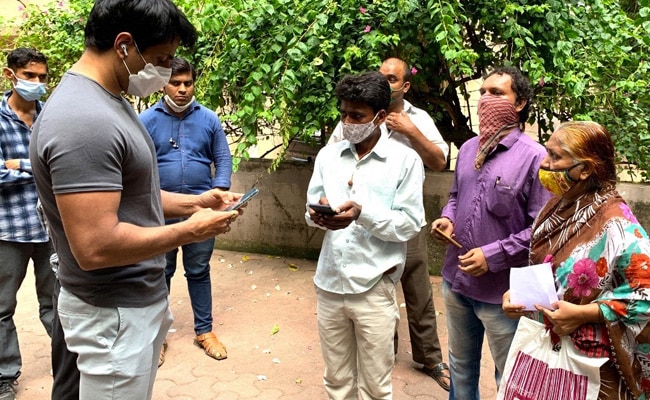 Actor Sonu Sood responded in a tweet to the tax raids. (File)

Actor Sonu Sood, breaking his silence on tax raids at his Mumbai home and offices last week and allegations of tax evasion, said today that "every rupee" in his foundation was "awaiting its turn to save a life." He also took a swipe at the Income Tax department, commenting that he had been "busy attending to guests" for four days.

"You don't always have to tell your side of the story. Time will," the actor said in a statement he tweeted along with a couplet in Hindu, loosely translated as - "even the most difficult path can seem easy with the goodwill of every Indian."

The 48-year-old actor, whose philanthropic efforts during the Covid crisis won huge praise, was raided for four days in a row by the Income Tax department, which alleges that he evaded taxes worth over Rs 20 crore.

"Every rupee in my foundation is awaiting its turn to save a precious life and reach the needy. In addition, on many occasions, I have encouraged brands to donate my endorsement fees for humanitarian causes too, which keeps us going," the actor wrote.

"I have been busy attending to a few guests hence was unable to be at your service for the last four days. Here I am back again in all humility. At your humble service, for life."

The ruling Shiv Sena in Maharashtra and the Aam Aadmi Party (AAP) have questioned the timing of the Income Tax searches and have linked them to his recent tie-up with AAP for an education mentorship programme.

Responding to the actor's statement, AAP chief and Delhi Chief Minister Arvind Kejriwal tweeted: "More power to you Sonu ji. You are a hero to millions of Indians."

More power to u Sonu ji. U are a hero to millions of Indians https://t.co/TACjG8ugOP

The tax raids were launched to investigate a deal between Sonu Sood's company and a Lucknow-based real estate firm, according to sources.

Later, the tax department put out a statement, saying Sonu Sood's non-profit Sood Charity Foundation set up in July last year collected donations of over Rs 18 crore till April this year, out of which Rs 1.9 crore has been spent on relief work and Rs 17 crore has been lying unused. It also said the organisation raised Rs 2.1 crore from overseas donors using a crowdfunding platform in violation of the law.

"The main modus operandi followed by the actor had been to route his unaccounted income in the form of bogus unsecured loans from many bogus entities," the tax department said in the statement.