Sonia Gandhi said, "Swami Agnivesh will be widely mourned, and India will honour the memory of this brave and noble soul. May his soul rest in peace." 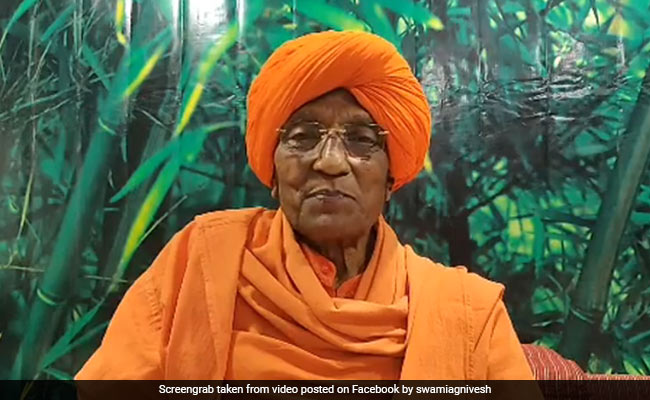 Congress president Sonia Gandhi on Saturday paid tribute to social activist and former Haryana MLA Swami Agnivesh and said that he fought for "the marginalised sections of our society" with "great courage and conviction".

"I am grieved to learn of the passing away of Swami Agnivesh. All his life he fought with great courage and conviction for the most marginalized sections of our society fearless in defending their rights and in facing up to those who exploited and oppressed them and terrorised the poor, often at great personal risk," Sonia Gandhi said in a statement.

She said that Swami Agnivesh was the "most powerful and effective voice for the vulnerable and the defenceless" and added , "Swami Agnivesh's energy and faith in constructive social activism was indeed admirable and inspiring. He worked with equal dynamism to promote interfaith understanding and dialogue, non-violence, and justice for the tribal people of Chhattisgarh caught in a violent conflict."

Condolence message by Congress President Smt. Sonia Gandhi on the passing away of Swami Agnivesh. pic.twitter.com/0lNT9rJ7R4

The Congress chief further said, "He will be widely mourned, and India will honour the memory of this brave and noble soul. May his soul rest in peace."

The social activist was associated with Arya Samaj and had led a campaign against bonded labour.

Swami Agnivesh died on Friday at the Institute of Liver and Biliary Sciences in Delhi. He was suffering from liver cirrhosis and was critically ill.