The first solar eclipse of this year coincides with the summer solstice, when the Northern Hemisphere has the longest day

Solar eclipse 2020: The eclipsed sun should not be viewed with the naked eye to avoid damage

People across India started posting photos of the solar eclipse on social media this morning once the planetary event became visible from their cities. People in parts of Rajasthan, Haryana and Uttarakhand saw the dramatic "ring of fire" in the sky - the first solar eclipse of 2020. People in other parts of India were able to see a partial solar eclipse, also known as Surya Grahan.

Food-delivery app Zomato  was among the first to tweet: "Are y'all eating between 10-2pm today? just confirming."

are y'all eating between 10-2pm today? just confirming

Several temples have been shut in Madhya Pradesh, Uttar Pradesh and other parts of the country.

Many tweeted memes making light of those who have eaten morning meals before the solar eclipse was seen from their cities.

In Delhi, cloudy skies affected visibility up to some extent. 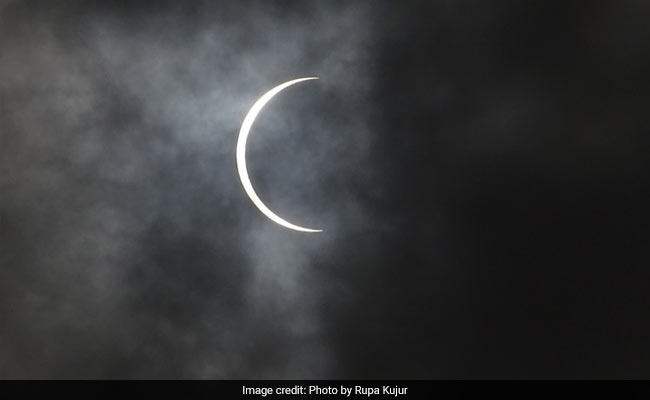 Weather conditions are critical for viewing. "Good weather is the key to successful eclipse viewing," astrophysicist Fred Espenak, an expert on eclipse prediction, commented on the NASA Eclipse website. "Better to see a shorter eclipse from clear sky than a longer eclipse under clouds." 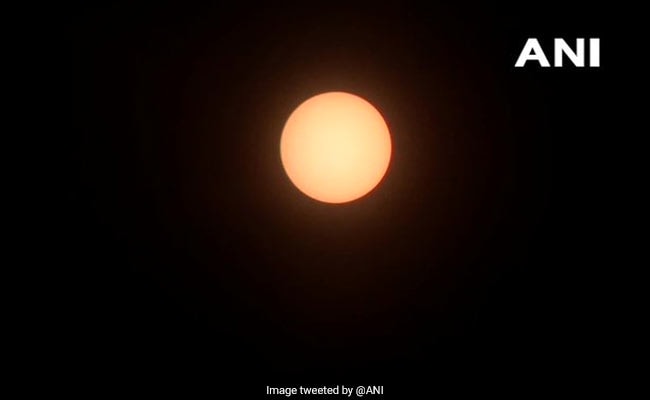 A solar eclipse always occurs about two weeks before or after a lunar eclipse.

The first solar eclipse of this year coincides with the summer solstice, when the Northern Hemisphere has the longest day. The eclipse is also visible from Congo, Sudan, Ethiopia, Yemen, Saudi Arabia, Oman, Pakistan and China.

#SolarEclipse2020 as seen from different parts of India

A solar eclipse occurs on a new moon day when the moon comes in between Earth and the sun, and the moon casts a shadow over the Earth. 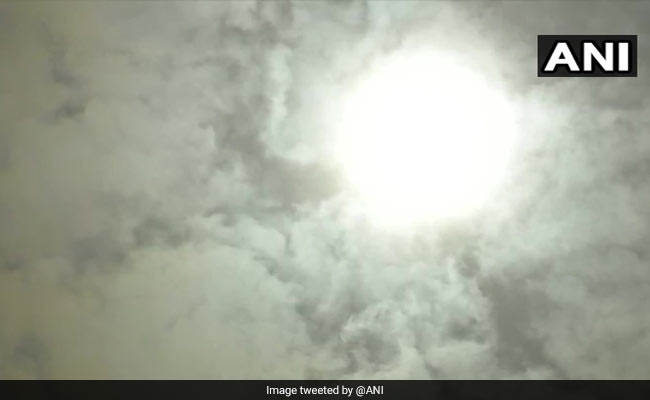 This is the second eclipse this season.

The eclipsed sun should not be viewed with the naked eye, even for a short duration. It may cause permanent damage to the eyes.

Sunglasses, which don't filter out UV rays, do not offer any protection. The sun is so bright that even when there's only a tiny portion visible, it is still dangerous for the eyes.