14 Killed In Building Collapse After Heavy Rain In Himachal's Solan

Solan, Himachal Pradesh building collapse: Two teams of National Disaster Response Force or NDRF are at the site of the accident to carry out rescue operations

Fourteen people, including Army personnel, were killed after a multi-storey building collapsed in Himachal Pradesh's Solan, around 45 km from capital Shimla, on Sunday. Seventeen people - 12 civilians and five soldiers - have been rescued from the rubble till now, said a police officer.

Those rescued from the rubble have been taken to local hospitals. A woman, who was the wife of the restaurant owner and two army personnel, who were pulled out from the rubble, died.

Two teams of National Disaster Response Force or NDRF reached the site of the accident to carry out rescue operations. A third team has also been dispatched to help with the operations. Rescue operations continued through the night, according to the police.

Chief Minister Jairam Thakur, who was at the site to review the damage, told news agency ANI: "It is very unfortunate. Rescue operation was started immediately. Orders have been given to investigate the cause of the collapse. As per information received till now, the building structure was not as per specifications." 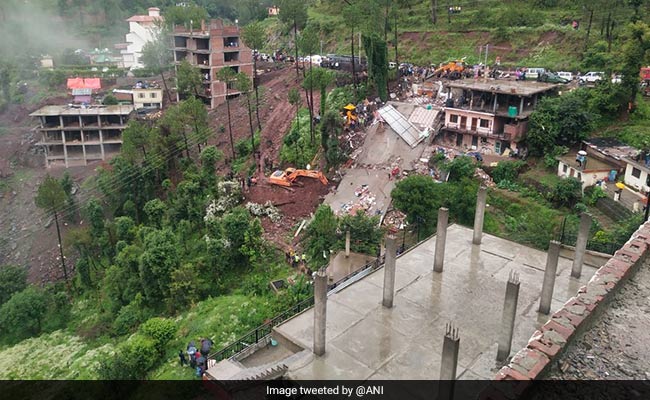 Solan Building Collapse: The army personnel and their family members were on their way to Uttarakhand and had stopped at the restaurant for lunch

The building, which housed a restaurant, collapsed because of heavy rain in the area.

A case of negligence has been registered against the restaurant owner under the Indian Penal Code. 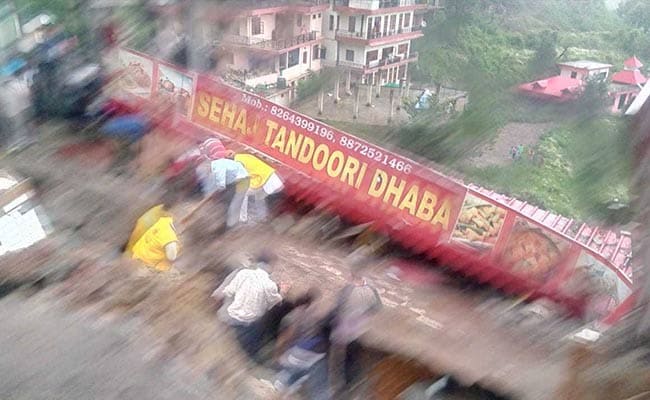 Solan, Himachal Pradesh: The building collapsed because of heavy rain in the region

The army personnel and their family members were on their way to Uttarakhand and had stopped at the restaurant for lunch, a district official said, according to PTI.

Himachal Pradesh Chief Minister Jairam Thakur, earlier tweeted in Hindi, saying rescue efforts were on to save those trapped inside the building. 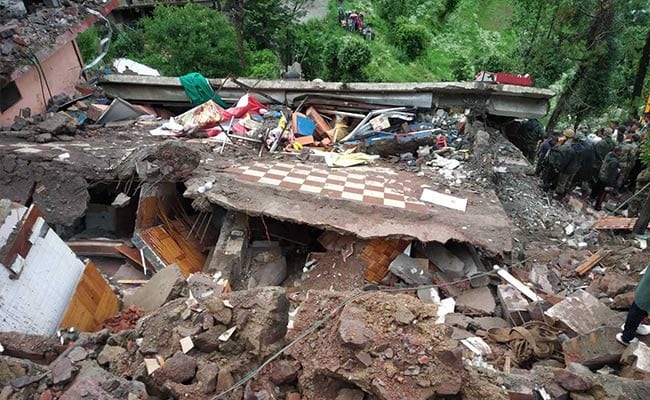 The highway stretch in Solan has also been affected from the mudslides, according to news agency IANS.

The entire stretch from Parwanoo to Solan has become a permanent landslide zone. The risk of driving is aggravated after dusk, said a commuter, according to IANS.